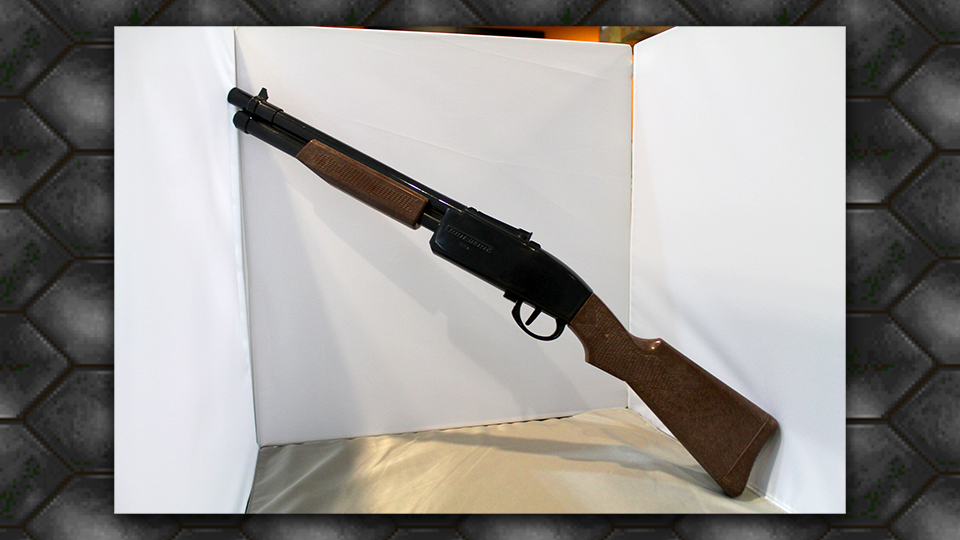 Thankfully, DOOM (1993) was dead set on having the buckshot-blasting Shotgun as early as DOOM 0.2, its pre-release alpha from February 1993. What you see here, dear Slayers, is the toy gun that made it all possible.

Referencing real-life props and digitizing them into sprites was common practice in game development back in the day of DOOM’s development. (See also: the puppet that became the Spider Mastermind.) When it came time to render the Shotgun, the team at id Software picked up a TootsieToy Dakota cap gun from a nearby toy store and used the children’s plaything as the basis for the infamous demon-killing firearm.

That’s right – one of the most iconic, badass and devastatingly deadly weapons in the DOOM arsenal originally had the phrase “TootsieToy” labeled on its side. For hardcore DOOM fans or vintage toy collectors looking to get their hands on a Dakota, it won’t be easy. TootsieToy has long since discontinued the cap gun, making it a rare find – even on online auction sites like eBay.

Should you come across one in real life, however, there’s no denying it – this thing is the Shotgun of DOOM. Just looking down its diecast sights makes us nostalgic for the days of vanilla-colored PC towers and cleaning gunk off a rubber ball before using your computer mouse. (Look it up, younger Slayers.)