Very rarely does a modded PC also function as a quality cosplay prop. Gearing himself up for DOOM Eternal’s release, Polish modder and crafter Staszek „Tips” Wiertelak built a unique gaming PC that not only runs DOOM Eternal on Ultra Nightmare settings, but can also be wielded as the Slayer’s trusty Plasma Gun for one amazing mods that’s truly inspired by DOOM. 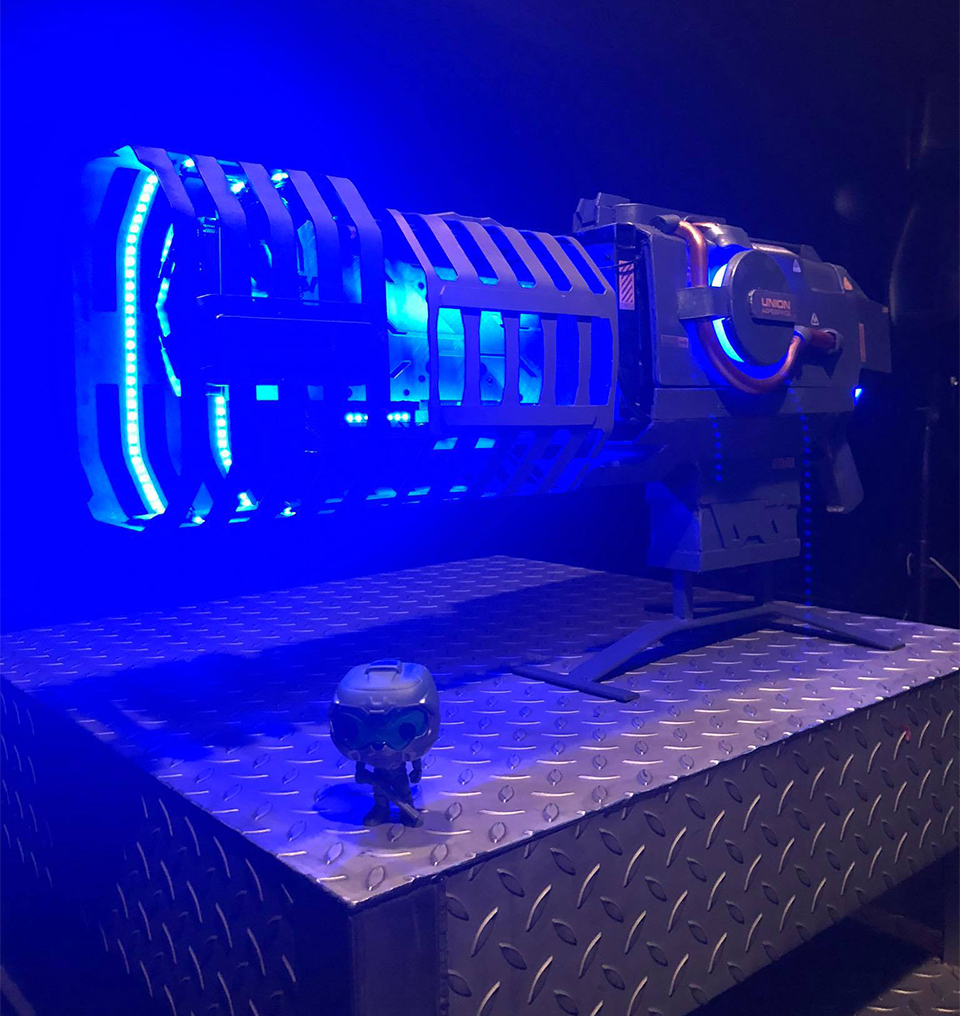 Tips’ Plasma Gun PC doesn't just look amazing; it works exactly as you'd expect. A finned, illuminated barrel brings fresh air to a powerful NVIDIA RTX 2080Ti card from MSI mounted on a custom lenghtened bridge. The back of the weapon features a mini ITX MSI motherboard with Corsair equipment while a single fan, placed exactly where it should be on an accurate Plasma Gun, cools down a i9-9900K CPU. For added realism, the power button is located next to the trigger and the cable outlet is placed inside the clip of the Plasma Gun. 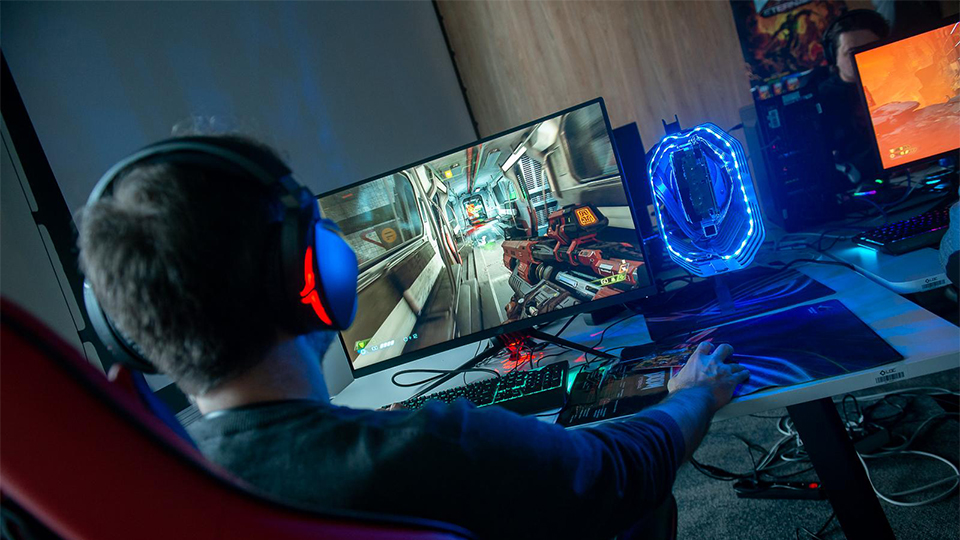 „Why did I make this build? Because it's DOOM!” says Tips, the project's creator and one of Poland’s primier custom PC crafters – and possibly all of Europe’s. Like other gamers in his generation, DOOM (1993) has a special place in his heart. „It was my first online game and also the first one I made a prop of,” he says. „Unfortunately, there are no photos of it left.” Thankfully, we here at the Slayers Club will ensure this Plasma Gun PC doesn’t meet that fate. 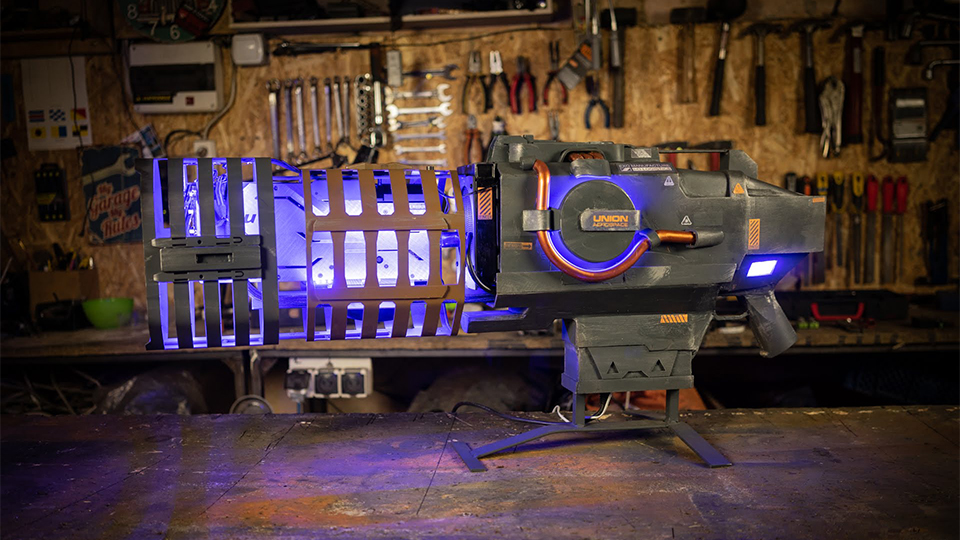 Of all the demon-destroying weaponry in the Slayer’s arsenal, why the Plasma Gun? It's Tips' favourite and at coincidentally an ideal platform for one-of-a-kind, wieldable PC mod. „I thought about other crazy things such as an Arachnotron with a computer inside, but a Plasmagun you can pick up, feel its weight and walk around corridors full of demons...I mean, con goers!” he says. „It’s something special.” 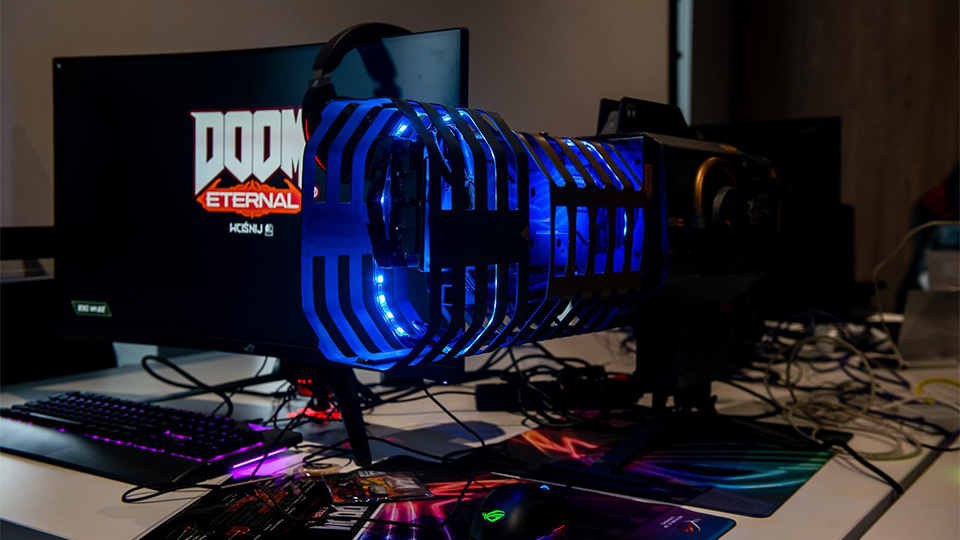 The maiden event for the Plasma Gun PC was last October's Poznan Game Arena, where fans in Poland had their first ever opportunity to play DOOM Eternal before release. Building such a unique computer that would not just be displayed but also carried by people at such an event was a challenge. „There were a few problems. Leakages in the AIO installation, custom cables needed to be placed here and there...and also a few finger cuts!” Tips remembers. As an outcome, the Plasma Gun has undergone quite a few changes with each iteration. 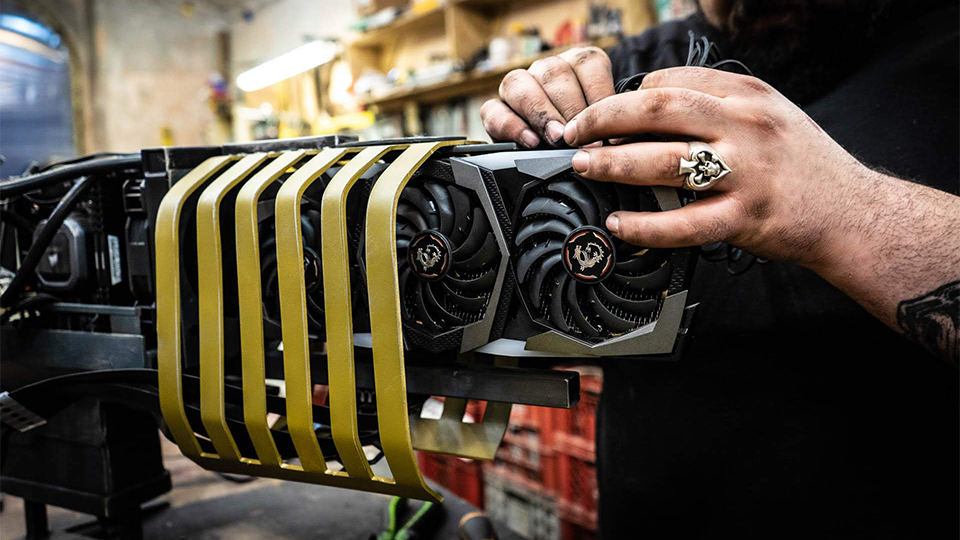 „Two biggest challenges were size and mobility”, recalls Tips. „A small frame combined with demanding peripherals that build up a lot of heat forced a creative approach. It also had to be secured properly so it's safe to hold like a weapon!” Tips explains that he went through four different versions of wiring and finishing before reaching a final product. The Plasma Gun PC even got an entirely new barrel, re-modeled upper part of the chassis and new paintjob to closer match the Slayer's version in DOOM Eternal. 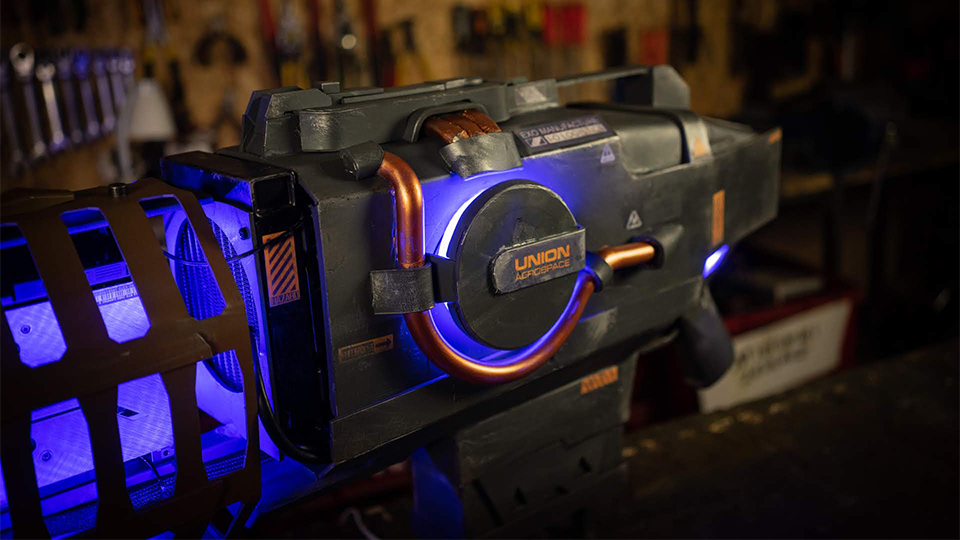 Thanks to the top-notch specs inside the Plasma Gun PC, it’s so much more than an impressive booth prop. The PC flawlessly ran early DOOM Eternal pre-release demos, getting the attention of local press and influencers - it was also featured in a music video for the band HUNTER promoting DOOM Eternal's Polish release.

As always, the creativity (and pure craft) of the DOOM community continues to astound us. Whether you’re playing DOOM Eternal on a console, computer or wieldable Plasma Gun, be sure to check out the Slayers Club for more awesome DOOM content!