“But can it run DOOM?” is the techie’s go-to joke for just about any piece of hardware with a screen – and for good reason.

The original DOOM’s software was so ubiquitous at height of its popularity during the shareware era that fans took it upon themselves to get it running on as many devices as possible – no matter how ridiculous.

As a result, the game has been ported, emulated or imitated on countless devices thanks to skilled programmers with a little know-how and some elbow grease. They may not all be the most optimized rigs for playing shooters, but these fun feats in engineering deserve a shout-out because, well, they run DOOM.

While setting aside any amount of time to boot up DOOM counts as a play date, we’re referring to the Playdate, the wee handheld system produced by Panic that features a minimal design, black-and-white screen and a literal crank as an input. 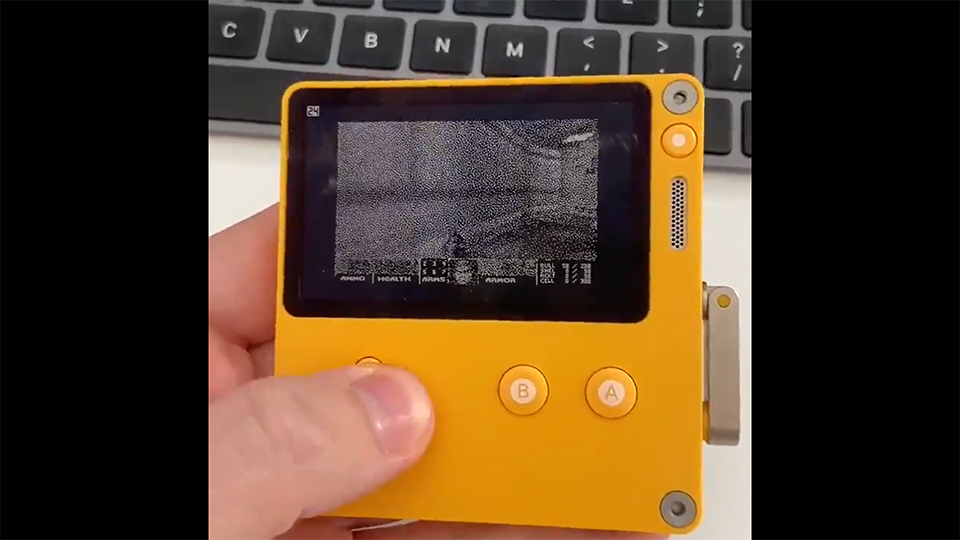 While a crank is an unusual input for playing DOOM (not that the ‘It Runs DOOM’ philosophy is terribly concerned about being conventional), it’s only inevitable that a new device with a screen and buttons is introduced to id’s 1993 classic.

Enter Nic Magnier, a developer for Playdate and UI/UX Designer at Keen Games (no relation). Seeing an opportunity to join many a DOOM pioneer, Nic got a playable version of the first-person shooter running on the lil’ yella handheld. Nic shared the results in a video on Twitter – see for yourself!

As for that crank? At first Nic hadn’t yet mapped the Playdate’s oddball feature to DOOM, but following popular demand found an immensely badass use for such a cute device: turning the crank fires the Chaingun!