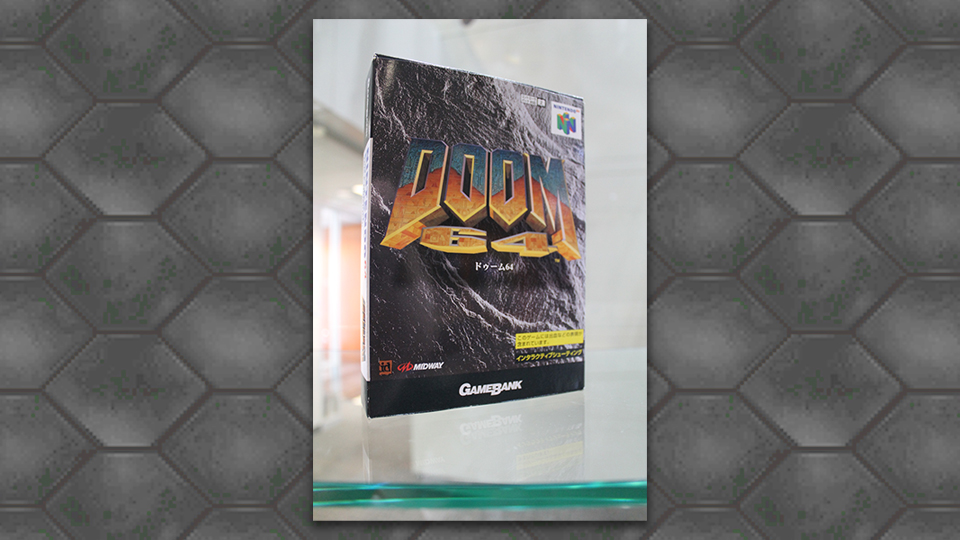 The official Japanese release of DOOM 64

While the Nintendo 64’s legacy is usually represented by the likes of characters like Mario and Link, the SNES successor was also home to iconic – albeit less sociable – video game characters such as the Hell Knight and Cacodemon in 1997’s DOOM 64.

Developed by Midway Games under the supervision of id Software, DOOM 64 was not a port of the classic 1993 DOOM but rather an original game based on an advanced DOOM II engine featuring new enemies, textures and weapons.

The DOOM 64 release also introduced scripted events that dramatically transformed areas, including tripwire booby traps such as darts and homing fireball launchers, and enemies that appear out of thin air. DOOM 64 also included recoil effects when firing the weapons, e.g., being knocked back a few inches from firing a rocket.

This boxed copy of the Japanese release of DOOM 64 stands out from its US counterpart for three reasons besides a different language. First, Japanese boxes of Nintendo 64 games traditionally featured portrait designs over the landscape ones that North American players were used to, (shown below). Second, the Demon Artifact from the cover is swapped out for a dark slate background. 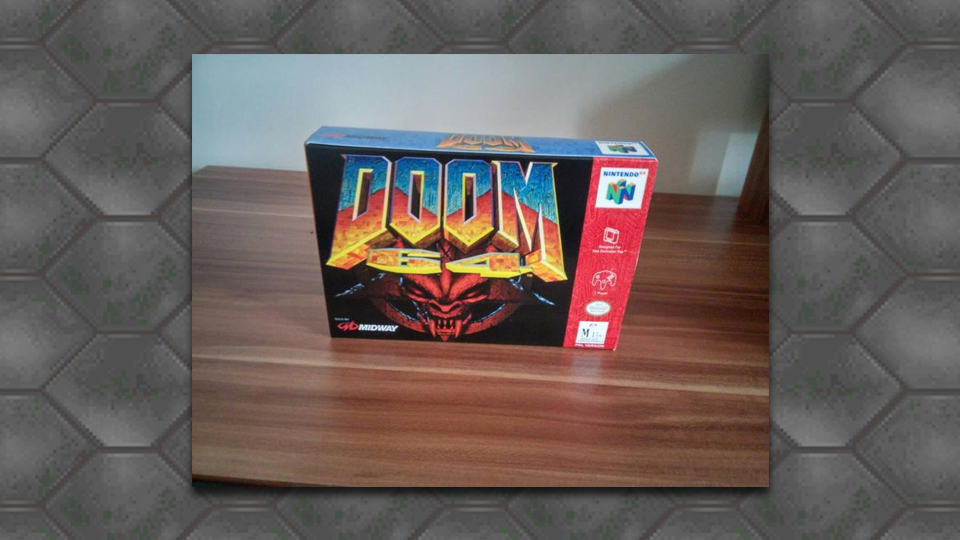 The third and biggest change between the US and Japanese copies of DOOM 64 exists inside the game. The default in-game brightness is turned way up compared to US version and the blood from splattered demons is changed from red to green. While the higher default brightness also exists in the PAL version of DOOM 64, the Japanese cartridge is the only one that features green blood.