The team can't wait for you to experience our brand new, three level arcade-style single player Horde Mode (with online leaderboards), two new Master Levels and enough improvements to BATTLEMODE that it’s getting the 2.0 treatment. We are super excited about this release and hope you enjoy playing it as much as we do. Thank you again for your patience and continued support of DOOM Eternal Compete for the highest score by battling wave after wave of demons across three Missions from DOOM Eternal and The Ancient Gods – Parts One and Two* in this challenging new single player game mode. You’ll need to keep your wits about you and your skill sharp. Like a classic arcade game, there aren’t any checkpoints, you start with just 3 extra lives - but there are more to earn as you progress. You begin with only a fully mastered Combat Shotgun, unlocking a new weapon at random as you complete each Arena Round. Earn new Milestones and unlock loads of cool new customization items as you progress! Each Horde Mode Mission consists of the following Rounds (pictured above):

Your score is tallied at the end of each Round. You are awarded additional points for any remaining Extra Lives and BFG Ammo

You begin Horde Mode with:

There are so many amazing earnable rewards in Horde Mode, that instead of listing them all via text, we thought it would be better to show you: Update 6.66 includes two new Master Levels, Mars Core and The World Spear*. Complete the corresponding campaign level to unlock each one. Access your unlocked Master Levels from the Fortress of DOOM or the Mission Select menu Update 6.66 brings the biggest and most important update to the game mode so far. Now, more than ever skill matters in BATTLEMODE. The more you win, the better the players you face off against will be. Complete BATTLEMODE 2.0 Series Challenges to increase your Rank, unlock new rewards and attain a higher Leaderboard position

Hot Streaks are key to the more competitive BATTLEMODE 2.0 design

The new Streak Tracker on the top of the Player Card tracks wins and losses played in Public Matches, activating after the first win as a Slayer or a Demon. When the Streak Tracker is active, additional wins are tracked as checkmarks and losses as X’s

Time for some helpful infographics!

This is the streak tracker (not to be confused with Hot Streak) this is to highlight the user what level of streaks they are currently at. This should match up with the same state that 1A

A players rank will increase as they accomplish the series challenges. Below is a diagram breaking up the progress of the ranks

BATTLEMODE 2.0 adds Slayer and Demon-based Leaderboards for each supported platform. Leaderboard position is determined by Rank attained and number of Hot Streaks completed in the current Series. Leaderboards are reset with each Series changeover

Leaderboards are organized by descending order of rank

We know you just wanna see the rewards that are available right now in BATTLEMODE 2.0, so without further ado... 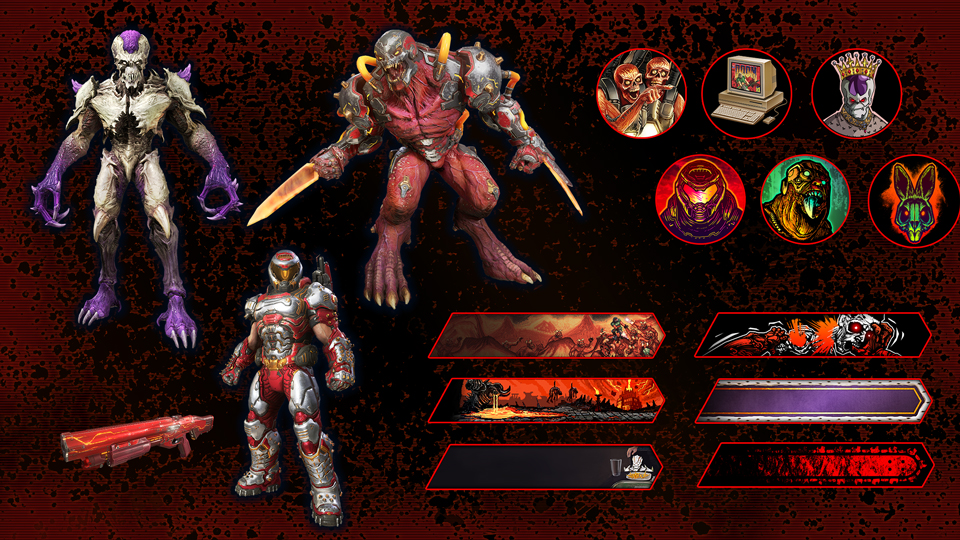 The Dread Knight is well-suited for Demon players who have an all-or-nothing play style. With double-jump and an array of attacks, the Dread Knight is a nimble demon with and potent offensive capabilities, but the attacks require cooldowns that can leave you exposed in between use What better way to celebrate all that is new and exciting about BATTLEMODE 2.0 in Update 6.66 than the new Immora-inspired map, Stronghold

BATTLEMODE's new arena: Stronghold is at the center of Hell. Acting as both a defensive position and a processing facility that helps fuel the Dark Lord's warmachine, the environment lends itself to players who can keep moving between the different layers arena. Demon players and Slayer alike will fight over the valuable cover that the Fuel Overflow area provides. Players who master traversing between the bottom and top platforms will excel in our most competitive BATTLEMODE map to date 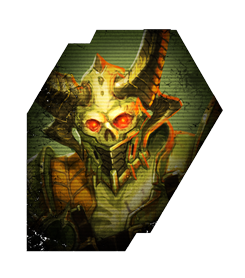 BURY THE HATCHET (End of Round Upgrade) The Ancient Gods - Part Two Balance Changes for ALL platforms Happy to announce the community requested QOL option to be able to chose which music plays in the main menu!

Bug Fixes for ALL platforms

Note: Thank you all so much for your patience with these!

Bug Fixes for Xbox Only

Known Issues for ALL platforms

Known Issues for PlayStation 5 Only

Known Issues for Stadia Only

Known Issues for PC Only