Nods to Mods returned this week and put the spotlight on Eviternity – a 32-level megawad released just in time for DOOM’s 25th anniversary! To celebrate this six-episode work of art, we interviewed Joshua “Dragonfly” O'Sullivan to learn more about the massive undertaking the 26-year-old modder and his team created. Read on, Slayers!

SLAYERS CLUB: Can you tell us a little about yourself and the team that worked on this megawad?

DRAGONFLY: My name is Joshua O’Sullivan. I’m a web designer by day, DOOM addict by night. I’m based in the UK and I’ve been making DOOM-related content since the spring of 2005.

The (Eviternity) team was comprised of several people - there were also more people who contributed in some way who weren't a part of the team itself. The core team was built up of the following people:

There was also assistance from several people who contributed graphics, sounds, music, testing, inspiration, so on and so forth. For a full list of credits, look at the txt file that accompanies Eviternity when you download it. 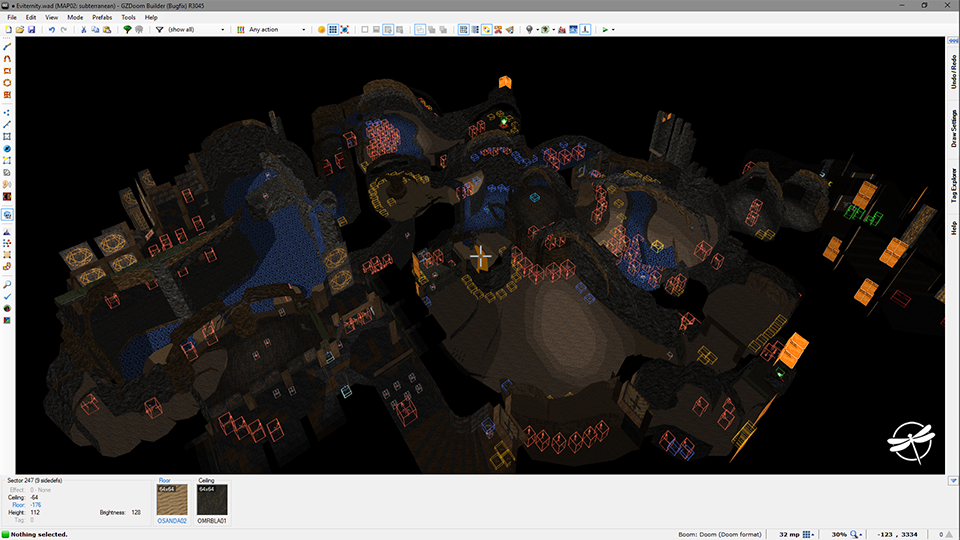 SC: What was your main inspiration for this project?

DF: OTEX, the texture pack created by Ola "ukiro" Björling, was a huge part of inspiring me! The whole WAD began life when ukiro reached out to me with a message that read something along the lines of, "Hey, I've been working on this texture pack for over a decade and I'm feeling like I'm near completion, would you be interested in having early access?"

I got my hands on OTEX, slipped it into my editor of choice and was simply blown away by the resources available. I began work on a quick map to see what they were like in practice and created what became Eviternity's MAP01. During the map's creation I went very quickly from "I'll just make one map" to "I need to make a megawad with this!".

As for inspirations for the maps themselves, there's so many I could list. A big source of inspiration for me was the megawad which is regarded now as a classic: Scythe II by Erik Alm. I found inspiration in the size of the maps, the well-constructed layouts, the attention to detail, the progressively harder gameplay, the 5-map episodic format, etc. A simply fantastic megawad which has served as inspiration for me time and time again.

SC: What was your first experience with DOOM?

DF: Truth be told, my very first experience is a foggy memory from way back in the 90’s. When I was just a child, my father used to invite his friends over for LAN deathmatches. They used to set up a circular table with 4 PC’s around it with their big old CRT monitors. They’d play a bunch of different games against each other - of which one was DOOM! There’s be lots of competitive yelling and laughs all round. I used to enjoy watching them!

My first hands-on experience with DOOM would have been 2004, when I bought the DOOM Collector’s Edition. I beat all the IWADS, admittedly on the “Hey, Not Too Rough” difficulty, then wondered if there were more levels I could play. It must have been early 2005 when I discovered Doomworld’s /idgames, which had thousands of levels to play.

DF: After playing a slew of other people’s levels I got curious - “how hard could it be to make my own level?” I was always the creative type and loved building my own levels in games that let you do so, though they were usually quite simplistic. After reading a few of the text files from the maps I’d played, I found out about Doom Builder. I downloaded a copy of it and instantly a life-long addiction was born. 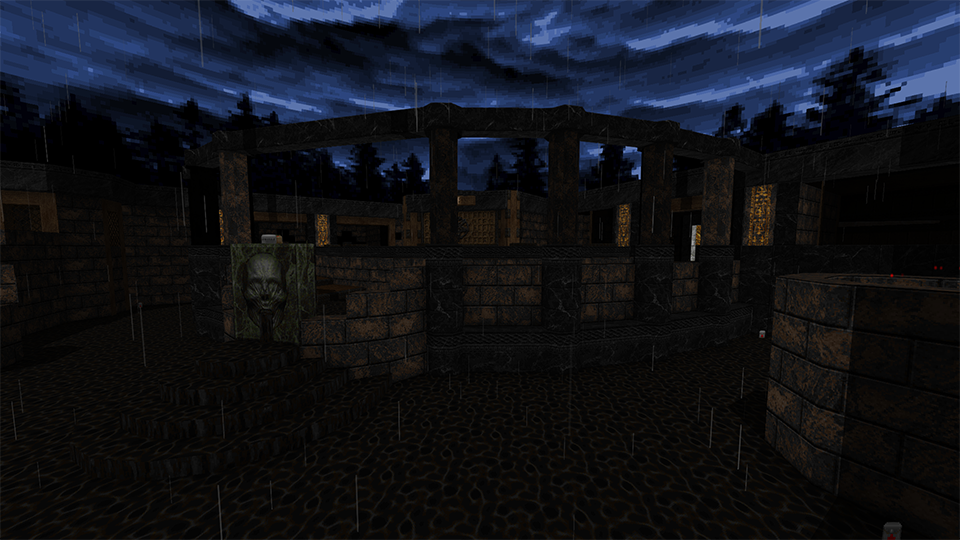 SC: What are you most looking forward to with DOOM ETERNAL?

DF: Oooh, tough one! There’s two things I think I’m most looking forward to. First, the tighter, more refined combat. DOOM 2016 plus harder gameplay? Hell yeah! I played Eternal at the London QuakeCon and I absolutely loved what I was able to play and went back to play it a second time. They really ramped up emphasis on movement and resource management, which is a huge part of what makes the classic games so enjoyable and timeless, so I’m excited to see the rest of the game and how it plays out.

Secondly, the soundtrack. Mick Gordon produced what is quite possibly the best game soundtrack of all time for DOOM 2016, so to know he’s working on more of the same styled music is incredibly exciting! (Also a metal screamer choir? HELL YES!)

Yearning for more info on the development of Eviternity? Read on for more behind the scenes with Dragonfly! Itching to try some modding out for yourself? Start with our article series on 5 Things Every DOOM Modder Needs!