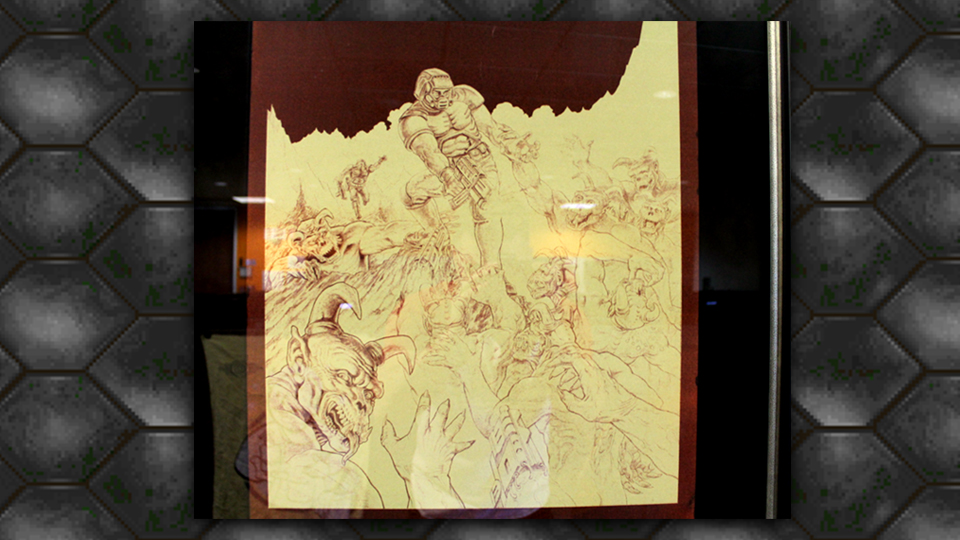 There’s DOOM history…and there’s DOOM history. What you see here is a work-in-progress rendering for one of the most iconic artworks in all of video games. Created by artist extraordinaire Don Ivan Punchatz, this concept would go on to become none other than the eye-catching box art for DOOM (1993).

A Texas native, Punchatz was renowned for his sci-fi and fantasy art, with his work appearing in such famous publications as Heavy Metal, National Geographic and TIME. Virtually nothing seems have changed from Punchatz’ draft of the box art and the final product – add the fact that he also designed the DOOM logo and it’s almost like fate conspired to bring id Software and Punchatz together.

If you need even more evidence that the pairing was meant to be, Punchatz even lowered his fee to help meet id Software's budget. To make up for the difference, id offered a percentage of DOOM's profits but Punchatz declined. He would later go on to say, "How was I to know this thing called ‘DOOM’ would make a jillion smackers?"

Thankfully the late, great Punchatz and his work is far from forgotten here in the Slayers Club. From the incredible logo to the truly unforgettable box art that served as the face of DOOM, id Software fans worldwide salute the work that helped the series stand out over 25 years ago!