We’re talking with Joshua “Dragonfly” O'Sullivan one last time for some more juicy tidbits on the creation of his incredible megawad and Nods to Mods inductee, Eviternity! Be sure to check out the first and second parts of our interview series for more!

SC: What was/were the biggest challenge(s)/hurdle(s) you had in making this megawad?

DF: The self-imposed time constraint was probably the largest stress inducer. It was 9 months from when the project was started until Doom’s 25th birthday - December 10, 2018. What could be a better release date than that? This time frame was difficult, I had to manage it alongside my work and social life – I work full time as a web developer for a company which is an hour’s drive away, meaning that takes up 10.5 hours a day, 5 days a week. I would often spend entire weekends away from home to be with friends and family, which put further strain on the time I had spare for this WAD.

To say that time constraints were the only issue encountered would be false. We had a bit of everything along the way. Some minor stuff like editor crashes losing a couple of hours work because I’d not been saving as often as I should to more major issues like textures not behaving as desired in certain source ports or people dropping out of the project late in development, etc.

Despite that, I feel the development of Eviternity ran smoothly overall. 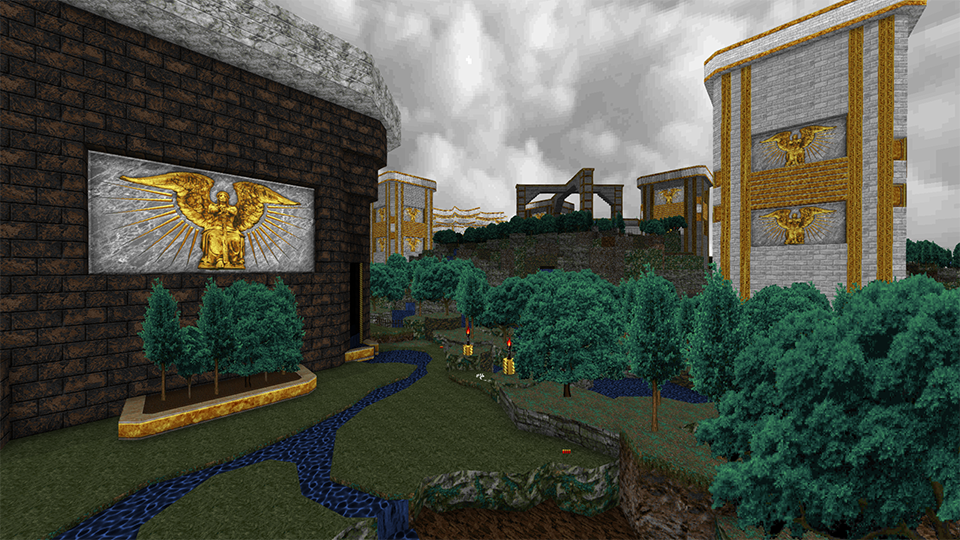 SC: How long did it take you to complete this megawad?

DF: Eviternity was constructed over the course of 9 months, and then the final revised version was released exactly 2 months after, for a total of 11 months. Most guest mappers had about 4-6 months to create their maps. Given the tight time constraints I am especially proud of the quality standards we were able to maintain as a team.

The crazy part - While I was working on Eviternity, I was still mapping for other projects at the same time. One notable instance of this was when myself and a band of merry madmen called ourselves “Team Rocket” and made an entire megawad in a day, 10/34 maps were by my hands, all livestreamed over the course of approximately 21 consecutive hours!

Overall in 2018, I created 50 maps – 24 maps for Eviternity, Order of the Odonata (single map), 11 maps for Team Rocket (one map was made after the main session as a ‘hall of fame’ for those who supported the stream), 10 speedmaps for the Abyssal Speedmapping Sessions, one map for Joy of Mapping 6, one map for the Confinement Community Project, one map for the MAYhem 2019 community project and a contribution for a large collaboration map called Impromptu Minidido.

Looking back I don’t quite know how all of that was able to take place, that’s almost an average of one map per week!

I’ve already given a nod to Erik Alm for his work on the Scythe series, as that’s a huge inspiration source for me. A lot of my favorite mappers are the people I asked to join the Eviternity team, so it was an honor to work alongside ‘the greats’ when viewed from my eyes.

In the early days of my ‘mapping career’ I was hugely into the works of Agent Spork, most notably Ultimate Simplicity. Since then, there’s been too many groups of people to really list here. 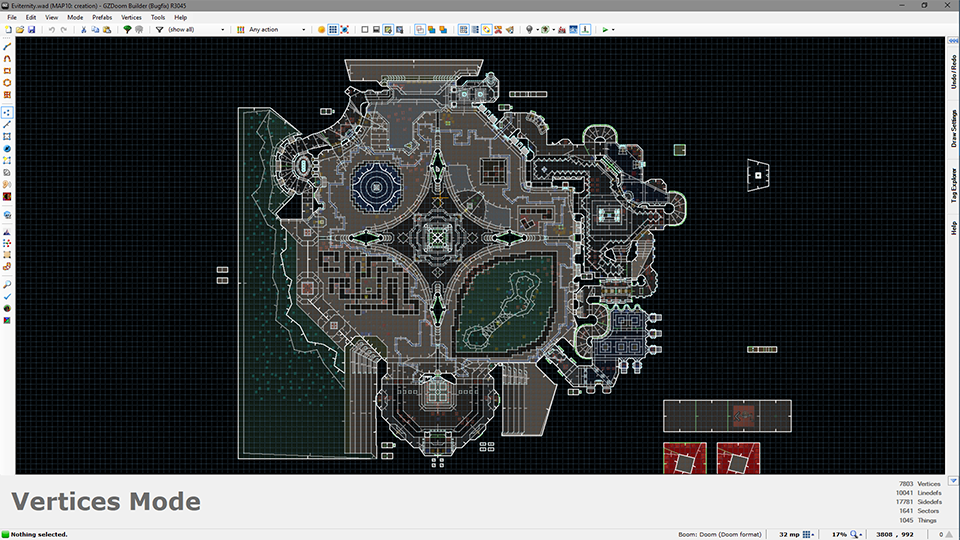 Lastly a shout-out to the Mechanix Union, a group of mappers (who I have worked with) who make the best new-school maps for Duel & Deathmatch, I’ve enjoyed hundreds of hours of entertainment within their maps recently.

SC: Wanna give any other shout-outs?

DF: Firstly, a huge thank you to my family and friends who’ve supported me in the creation of Eviternity and other WADs and mods! I’d also like to thank each and every person who’s stopped by on my Discord server and Twitch streams, you guys rock and give me immeasurable amounts of motivation.

Obviously, I’m immensely thankful to those on the Eviternity team for all their effort, especially ukiro who essentially created the opportunity for this WAD to exist in the first place by offering me beta access to OTEX. 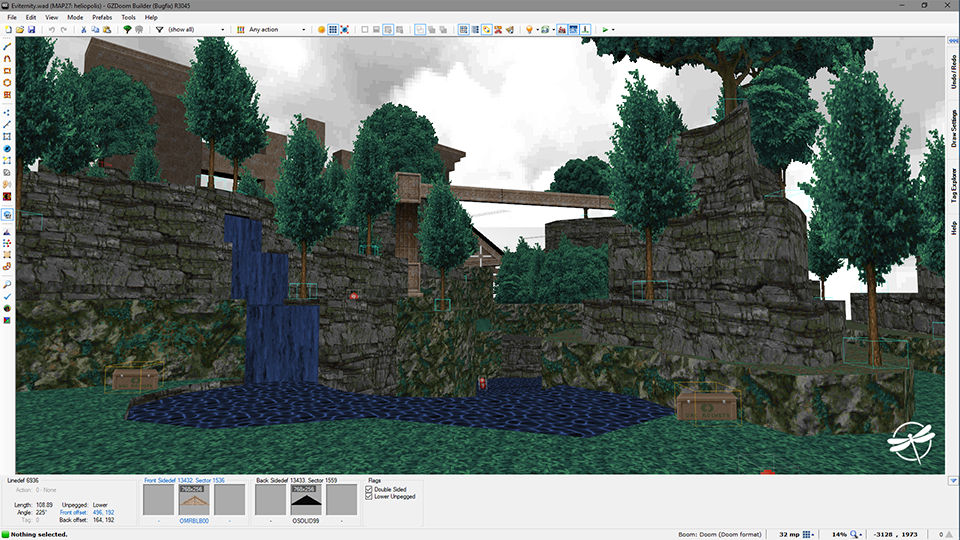 Another MASSIVE shout-out goes to Mike & Jason, the lead developers of the upcoming game called Prodeus. A retro first-person shooter that takes huge inspiration from the greats of yesteryear. I want to thank them for offering me the opportunity to join their team as a level designer. It’s a lot of fun being part of something new – the mapmaking tools are incredible and get better with each passing month thanks to Mike’s hard work and Jason’s an incredible level designer who’s taught me a lot in such a short amount of time.

Lastly, a shout-out to those who’ve been supporting me this year – it’s been quite a rough year despite all the exciting things that are going on. These few specific people have really kept me going. I won’t get all soppy here, but I am truly thankful for your time and attention.

There you have it! For more info on Eviternity, check out our full Nods to Mods feature here and to the DOOM modding community: keep on creating! First-timer? Check out our series on 5 Things Every DOOM Modder Needs and begin your journey.