Community-driven content has been a pillar of DOOM since id Software first shared the source code for DOOM (1993) many years ago. Flash-forward to today and we’re pleased to offer another great Add-on for our releases of DOOM (1993) and DOOM II: REKKR

We’re also pleased to have the opportunity to sit down with the lead creator of this Norse-inspired total conversion, Matthew “Revae” Little. Hailing from Northern California, Little has been making levels for classic DOOM games since 1996, so it goes without saying that we were excited to pick his brain on over two decades of modding experience! 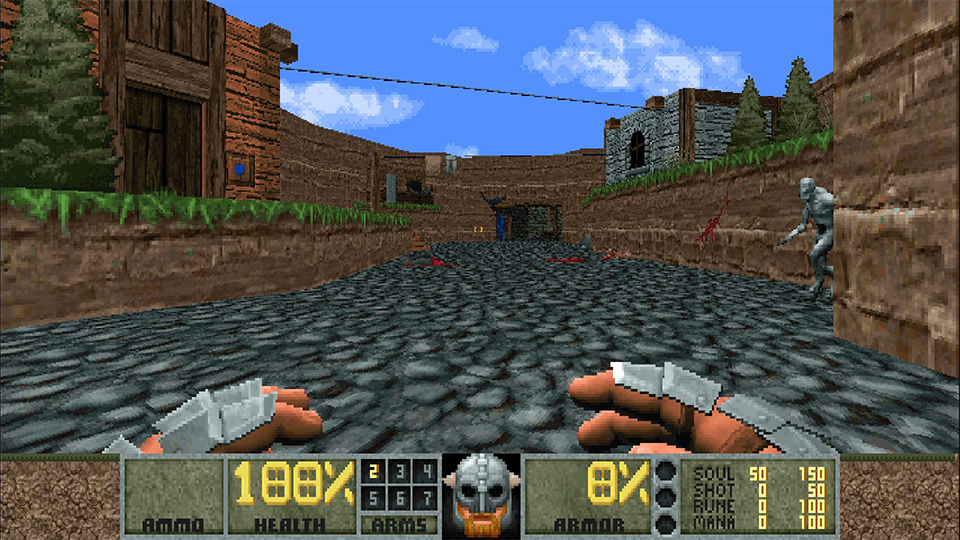 SLAYERS CLUB: What was your first experiences with DOOM?

MATTHEW LITTLE: My dad came and picked me up early from elementary school (usually I took the bus home) in second grade. He took me to my grandad's office where DOOM II was installed and showed me how to play the first level. I took over in the Underhalls where I got killed pretty much immediately. We eventually got it at home and I just never really stopped playing it.

ML: My dad, again. He used to make DOOM II wads using WADED and the old DeHackEd tools. He made an 18-map megawad in 1996/1997 that had custom monsters and graphics, etc. I remember him drawing one of the monsters on grid paper, filling it out with colored pencils, then using one of those old drag-across paper scanners to get it into the game. It's a lot easier now. 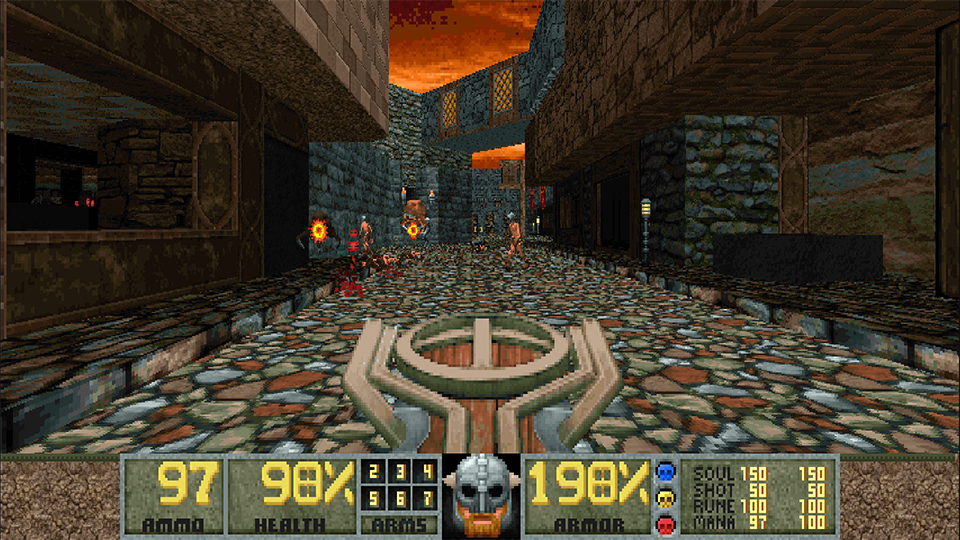 SC What was your main inspiration for REKKR?

Heretic/Hexen inspired the fantasy setting. The Celtic/Norse aspect of it came from years of going to Celtic-themed Renaissance fairs as a kid with my parents.

Level design-wise, I was trying to make something that fit somewhere between DOOM Engine games and the old Build Engine games. Abstract level design that could visually pass for a real place. The later levels in the "Otherworld" get more abstract and less real-world, more like DOOM's.

SC: How big was your team to make REKKR?

ML: There are 11 of us, total. Tom Jensen (Hexenmapper) did all the music - an entire unique (great) soundtrack. If you want to know more about his method, he did a write-up on it on the Doomworld forums. TerminusEst13 did most of the sounds. He has a long history of making great DOOM wads.

LupinXKassman, Velcrosasquatch, SuperCupcakeTactics, JawsInSpace, Angry Saint, Bzzrak and AD_79 all mapped for at least one level, (Velcrosasquatch did two). Kassman also made a bunch of texture variations that are very useful. I did the rest of the mapping and graphics and such.

SC: What tools did you use to create this Megawad? ML: Cycled through a few 3D packages. GIMP for sprites, textures and other graphics. SLADE, Whacked2 and GZDoombuilder mostly for making the maps/wad. 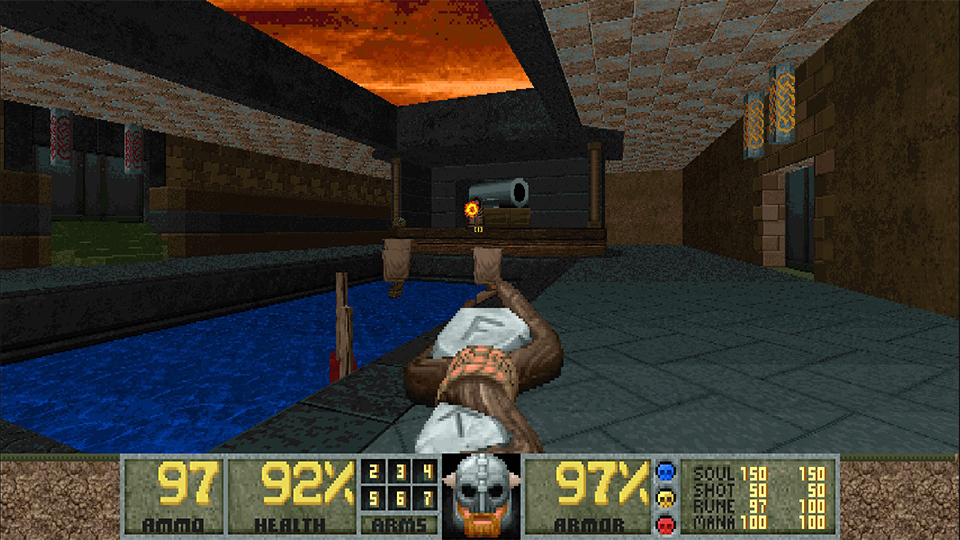 ML: For the sprites, the general setup was to sculpt a 3D model. Then animate it, light it, and render it, then clean up the sprites in GIMP. Not terribly dissimilar from how id did it back in the day. It takes a fair bit of time, but a lot less time than painting every angle and frame from scratch. All the gameplay changes were done with a DeHackEd patch - a tool that's existed since the mid-90s’. It's like taking all the properties that monsters have in DOOM and shuffling them into a different order. It's pretty limited on the surface but you can do a lot of interesting things if you're tricky enough.

A common example that I stole - er, borrowed - was having the E2 boss have two stages. When he dies it looks like what he's doing is tearing off his skin and then you fight his skeleton. What's actually happening is that he replaces the shotgun guy, and the shotgun is now his skeleton. So instead of dropping a weapon he's dropping a monster on death and playing a little animation.

Pretty much everything in REKKR could feasibly have been done in the 90's, but the modern tools make it more convenient and quicker.

SC: Why is revenge not a dish best served cold?

ML: Too angry to wait. Wode up and get punchy!

That tagline for the trailer (and trailer itself) was made by a friend I've had since childhood. I think he did a good job. I like the bit where he chases a jackalope with an axe.

ML: Generally, to have a central theme or gimmick and try to work around that. Most of REKKR's maps have physical themes like "farmland" or "museum", which are exactly what they sound like. But others have themes like "rage" or "claustrophobia," where in the rage themed map I leaned heavily on berserk powerups and the claustrophobia map was all tight rooms, escape rooms, thin hallways, etc.

I also prefer to make maps open with branching pathways so you can take whichever route you want or tackle rooms in whatever order you want.

SC: What was/were the biggest challenge(s)/hurdle(s) you had in making REKKR?

ML: Vanilla limitations. Vanilla DOOM has some hardcoded limits that affect how much detail you can cram into a screen, so a lot of levels had to be scaled back in detail.

Also, working with DeHackEd meant that I would often come up with a great idea, spend hours attempting to implement it and then scrap the whole thing when I realized some engine quirk made it impossible or too janky to be fun. 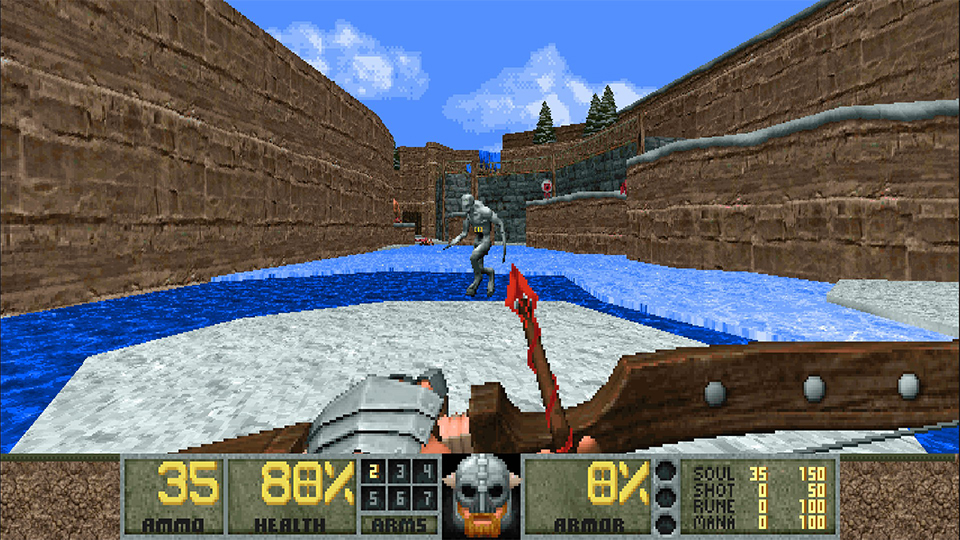 SC: How long did it take you to complete this beast of a megawad?

ML: Over two years. I don't remember exactly when I started it. Searching some archives, I can find that I named it "REKKR" in March 2016. It was started in some capacity probably months before that. First release was in July 2018, (a not-bug-ridden release came later).

I'm actually working on a new Episode now, so I guess I'm still not done.

SC: Have you had a chance to try out DOOM ETERNAL?

ML: I'm late to the party so I'm only around seven hours in (picked it up during the QuakeCon sale). I like the new movement abilities. It's taken some getting used to, coming from the circle strafing and projectile dodging style of older DOOM games but the further I get into it the more fun I'm having figuring out a playstyle.

I also like that the larger monsters often have weak points that change their threat level. The DOOM Hunter boss was ace, looking forward to more of that. 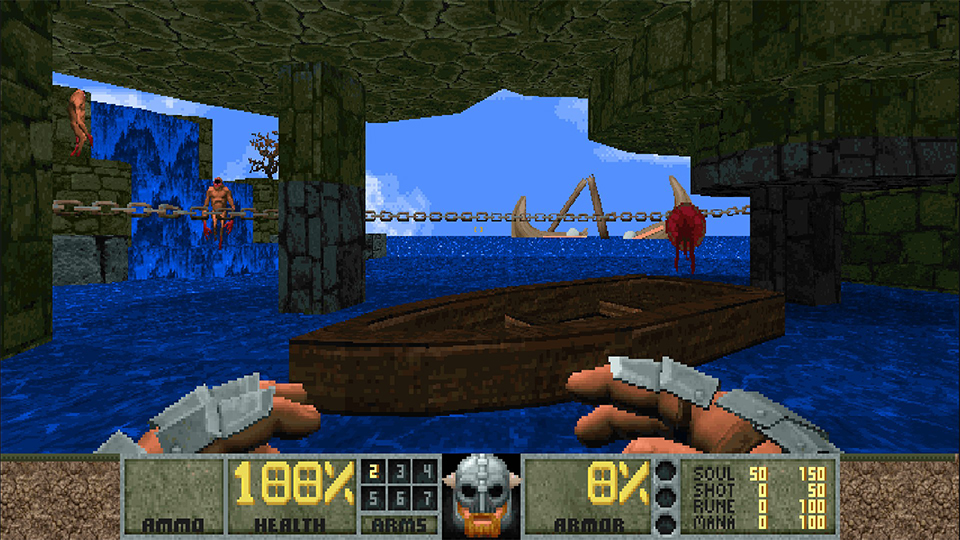 ML: Oof, that's hard to say. Probably Terminusest13. He has a litany of fantastic gameplay mods. Samsara, Hellshots Golf, Demonsteele, Booster…It's a toss-up between Samsara and Hellshots for me probably.

I put more hours into Samsara for sure, but Hellshots - a golf game in DOOM - is just absurdly fun for fun’s sake.

**SC: Wanna give any other shout-outs?

ML: Kegan, dragonfly, /vr/ and Big Brik, because Adventures of Square is tight as hell and deserves more attention.

A huge thanks to Matthew Little for chatting with us! Give REKKR a try for yourself via the official Add-Ons menu in our re-release of DOOM (1993) and DOOM II and be sure to keep it locked to the Slayers Club for more DOOM content!