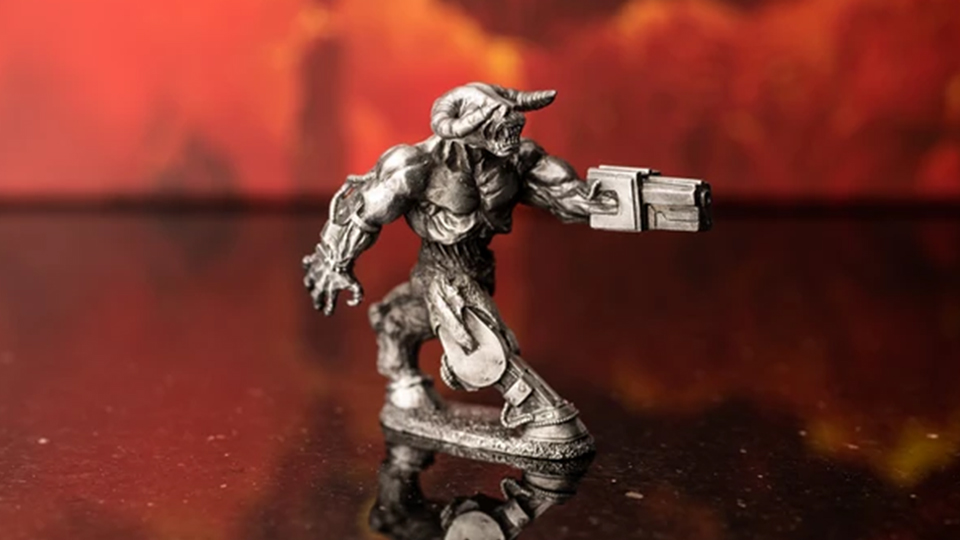 Originally produced from 1997 – 1999 by Reaper Miniatures, these pewter figures were sculpted by the talented trio of Sandra Garrity, Julie Guthrie and Bob Ridolfi. Highly sought-after by DOOM fans and toy collectors worldwide, even individual pieces of the original run of figures can fetch a pretty penny.

Since then, however, there have been limited reissues of certain figures in the collection. In 2004, the Baron of Hell, Mancubus and Pinky were offered at select retailers as pre-order bonuses for DOOM 3, while a new batch of the complete series was released in 2013 during QuakeCon as a celebration of DOOM’s 20th anniversary. 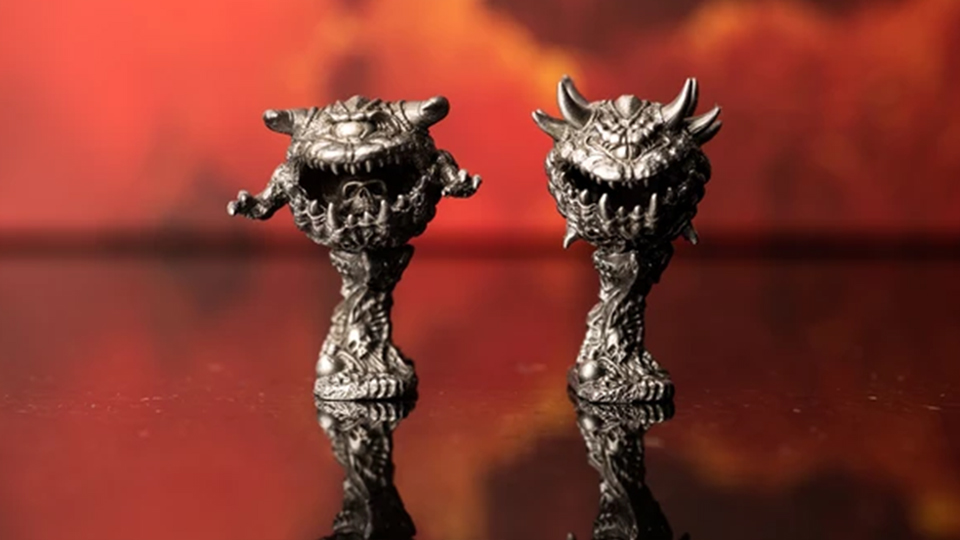 Despite the newer castings, hunting down the original 90s’ run still poses a challenge for avid fans seeking their own personal, paintable army of Hell. Thankfully for those less concerned about production runs, a brand-new edition of Reaper Miniature DOOM figures can be ordered via the official Bethesda Gear Store.

A fun nod to the series’ past, fans have enjoyed the Reaper’s DOOM miniatures for years, whether they’re used as desk accessories, wargaming pieces or just spicing up a game of Monopoly. Because let’s face it, we’d all rather use a Cyberdemon for our token than a silly ol’ boot or a thimble.