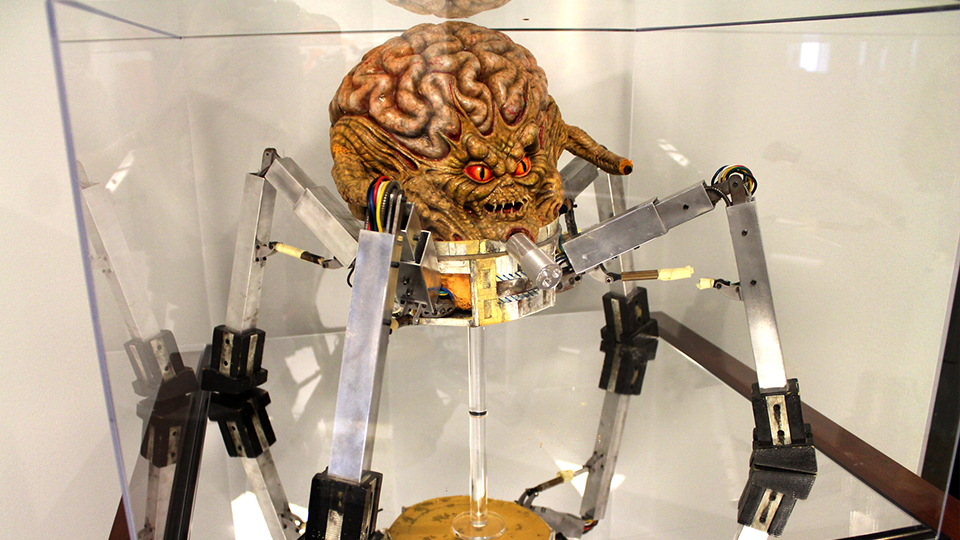 You know her, you love her…or maybe you don’t, given that this boss baddie from the original DOOM could absolutely squash you like a, well, spider: It’s the Spider Mastermind!

Built from foam latex and steel armatures by the talented Gregor Punchatz, this model of the Mastermind served as the basis for DOOM’s final boss. While some light changes were made in the final design – for example, the gun in front of the latex model features three barrels as opposed to the in-game Mastermind’s six - there’s just no denying that this is the ultimate enemy that awaited us in that final battle 25 years ago.

Punchatz, who has sculpted models for other must-see media for DOOM fans such as RoboCop and A Nightmare on Elm Street 2: Freddy’s Revenge, based the Spider Mastermind’s design on a pencil sketching from DOOM artist Kevin Cloud. As it turns out, both Cloud and the O.G. Spider Mastermind can still be found in the id Software offices after all these years! 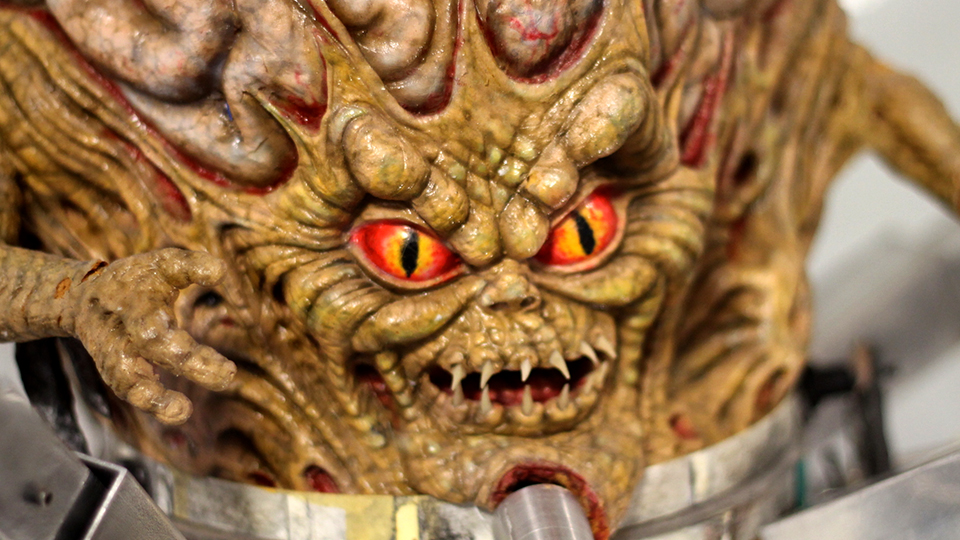 Also surprising is the condition of this important relic from the days before there ever was a DOOM. There’s a little wear and tear on the model, as can be expected, but those bloodthirsty orange eyes and cackling, pointy-toothed grin are just as menacing now as when it made its digital debut in 1993. We’d like to chalk it up to 50% id Software taking good care of its toys, 50% daily moisturizer regimen.