Few privileges feel so good as getting to see something amazing while it’s still in the works. For members of the Slayers Club, we’re sharing that privilege with you today!

Prime 1 Studios, purveyors of some truly incredible licensed collectibles, teased back in May that they’re working on a little something special for DOOM Eternal. Those familiar with Prime 1’s work know these folks go big for their collectibles and don’t skimp on the details, so you can imagine how excited to we are to see them lend their talents to immortalizing the one and only DOOM Slayer.

The team at Prime 1 has been hard at work since the announcement but after a little giddy begging on our part, they took some time to show us a few images of the 3D render in progress. And, because we’re terrible at keeping secrets, you get a sneak peek as well! 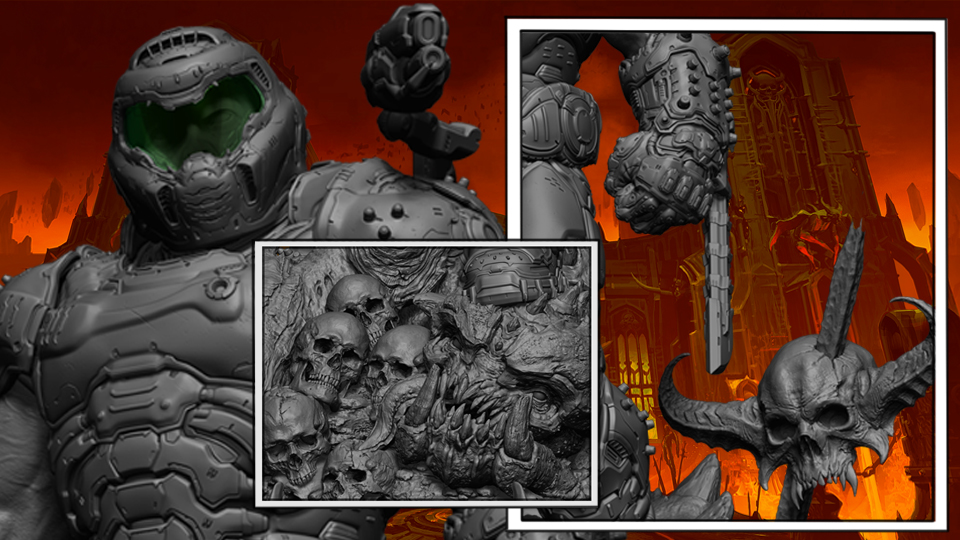 As we said, Prime 1 Studios goes HARD. Just soak in the utter detail of this lad – the pile of skulls, the downed Pinky and of course, the big man himself in full his Praetor Suit-ed majesty. Did we mention this thing hasn’t even been painted yet?

Prime 1’s keeping the final product a surprise, but we do know the statue comes with interchangeable parts (that’s right, you can change the loadout of this beast) and pre-orders go live later this year. In the meantime, keep an eye on the Slayers Club and Prime 1 Studios for more info and don’t forget to blink every so often while looking at that teaser.