Super Shotguns and chainsaws are all well and good, but few demon killin’ instruments are as fine-tuned and effective as the DOOM Slayer himself. While we (thankfully) have no need to rip apart demons by hand, we can still break down the science of the Slayer’s impressive physique and see what we can apply to our own. This is Ripped & Tear!

‘Iconic’ is a phrase best used sparingly, lest it lose its meaning. A piece of work can be famous, recognizable or even a masterclass of design, but true icon status requires that work stand the test of time.

The cover art for the original DOOM? That’s iconic. From the well-known, determined pose of the Marine to the clamoring pile of demons against the the blazing alien reds and oranges of Mars’ backdrop, this opus by fantasy artist extraordinaire Don Ivan Punchatz sold millions on DOOM back in the 90s’ and persists to this day in the minds of fans. 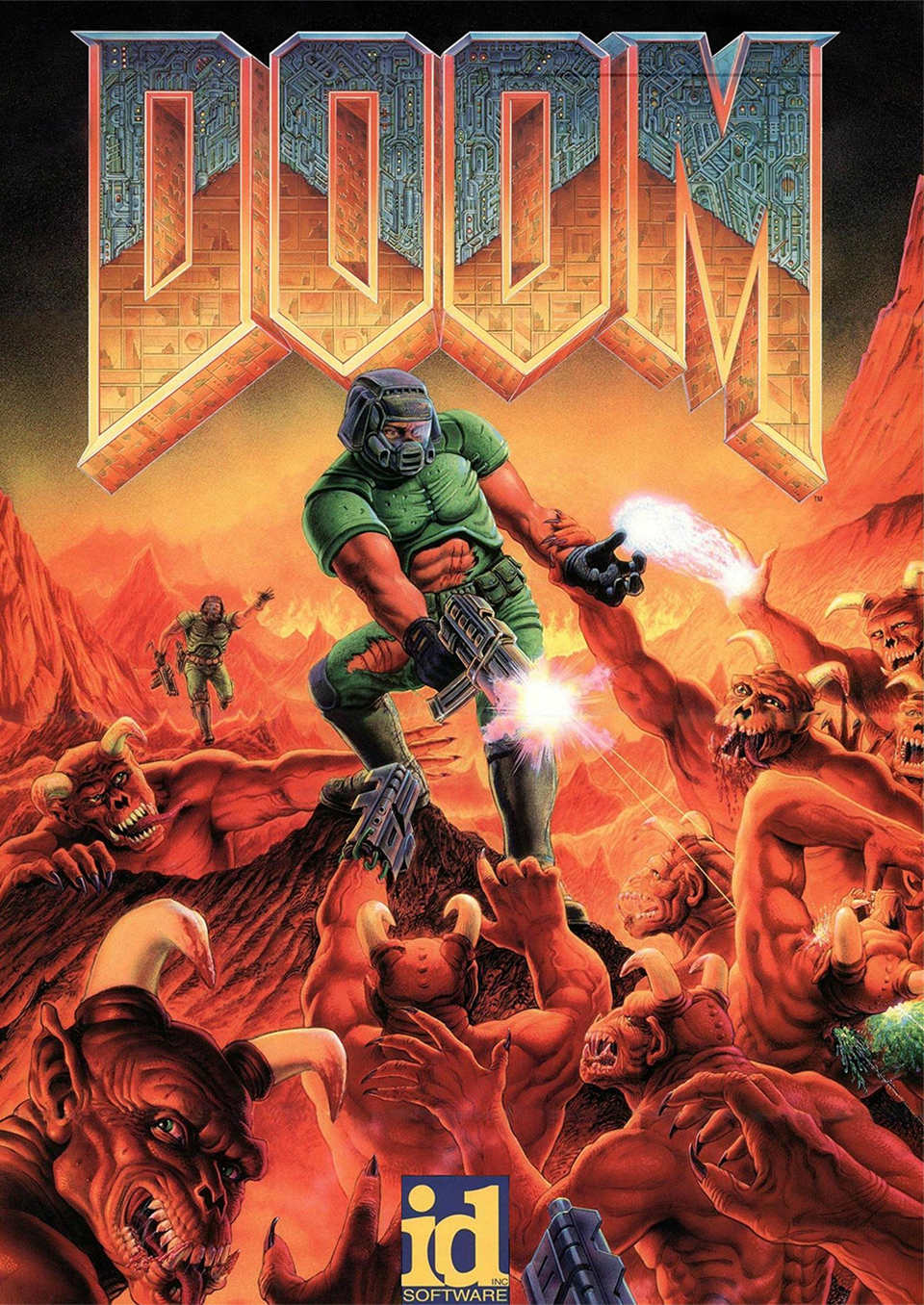 And those abs. Let’s talk about those abs. In addition to the sheer badassery of the subjects in this image, the Marine’s exposed stomach muscles sell an important aspect of DOOM’s exposition. Yes, Demons can literally shred the Marine’s armor apart, but guess what? This Marine is already shredded!

Aesthetics aside, a strong gut also helps your local DOOMguy in his crusade against demonkind, whether he’s the 1993 Marine or modern-day DOOM Slayer variety. Once again, we teamed up with our fitness consultant Phillip Durity to learn about the composition of the Slayer’s masterful midsection and the benefits it offers him.

“Most people think of the core as simply one muscle,” says Durity. “However, the abdominal region is composed of several muscles that play a key role in core function.” Three major flat muscles make up a significant portion of core strength: the rectus abdominis, the transverse abdominis and the obliques. 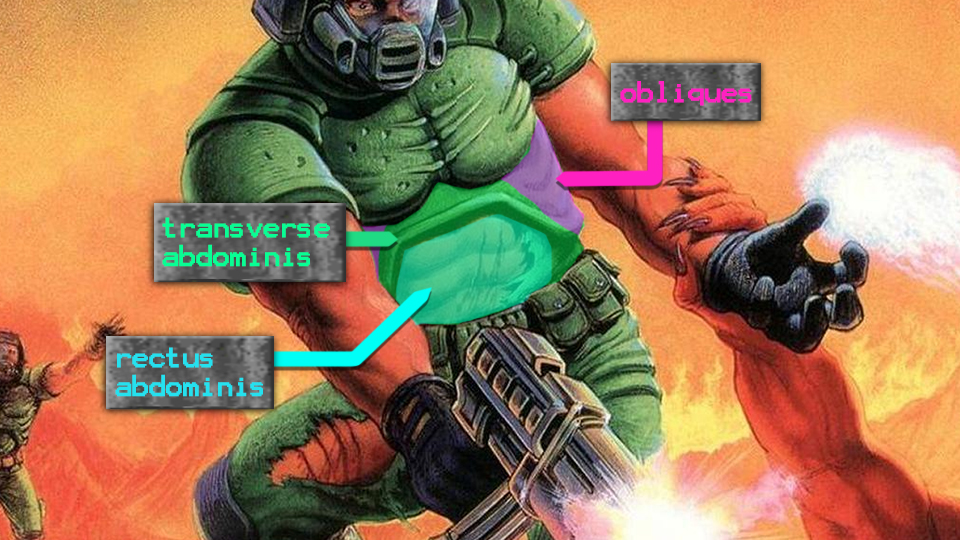 The rectus abdominis is likely the most recognizable core muscle, as this is where DOOMguy’s demon-scuffed six-pack shows up. Though a toned tummy can sometimes be purely for show without well-rounded training, the rectus abdominus is still key for core stability and trunk mobility. After all, the Slayer can’t have his torso snapping off every time he spins around 180 degrees to catch a sneaky Imp going in for the kill.

Next, the transverse abdominis is the deepest-layered of the three muscles and plays a significant role in core stabilization and, as simple as it sounds, protecting your guts. It probably explains why the Marine on the 1993 DOOM art hasn’t succumbed to the massive slash on his stomach (besides the fact that any DOOM protag worth their salt is always tough as nails.)

Finally, the obliques are made up of two muscles – an external and internal set – along the sides of the torso that help rotate the trunk of the body. They also aid in bending the side of the torso which, as you can see in the 2016 reinterpretation of the classic artwork, helps the Slayer yank those aforementioned sneaky Imps into the air for some up-close punishment.

Now that we know what lies at the core of the Slayer, what can we do to rock cover art-worthy abs of our own? Find out in the next edition of Ripped & Tear as we dive deeper into core-strengthening routines!

DISCLAIMER: Always consult your physician before beginning any physical fitness regimen or rigorous activity. Stop immediately if you feel faint, dizzy, pain or shortness of breath while exercising. This series is intended for entertainment purposes and does not replace the advice of healthcare professionals. ZeniMax Media and its partners are not responsible for any injuries that may occur from attempting exercises shown on this website.