Back in March id Software’s Lead Engine Programmer Billy Khan told IGN that the advancements of id Tech 7 made it possible for DOOM Eternal to run up to a whopping 1,000 frames per second...with the right hardware. While id Tech 7 allows games like DOOM Eternal to scale to a wide range of machines, a device capable of hitting its FPS limit was purely theoretical.

Shortly after DOOM Eternal’s launch, yours truly - Bethesda’s Polish Community Manager Lukasz Lesniewski - contacted the Head of Events at Polish hardware retailer x-kom for a special QuakeCon at Home project. The goal was straighforward but daunting: Achieve and record DOOM Eternal running at 1,000 frames per second. 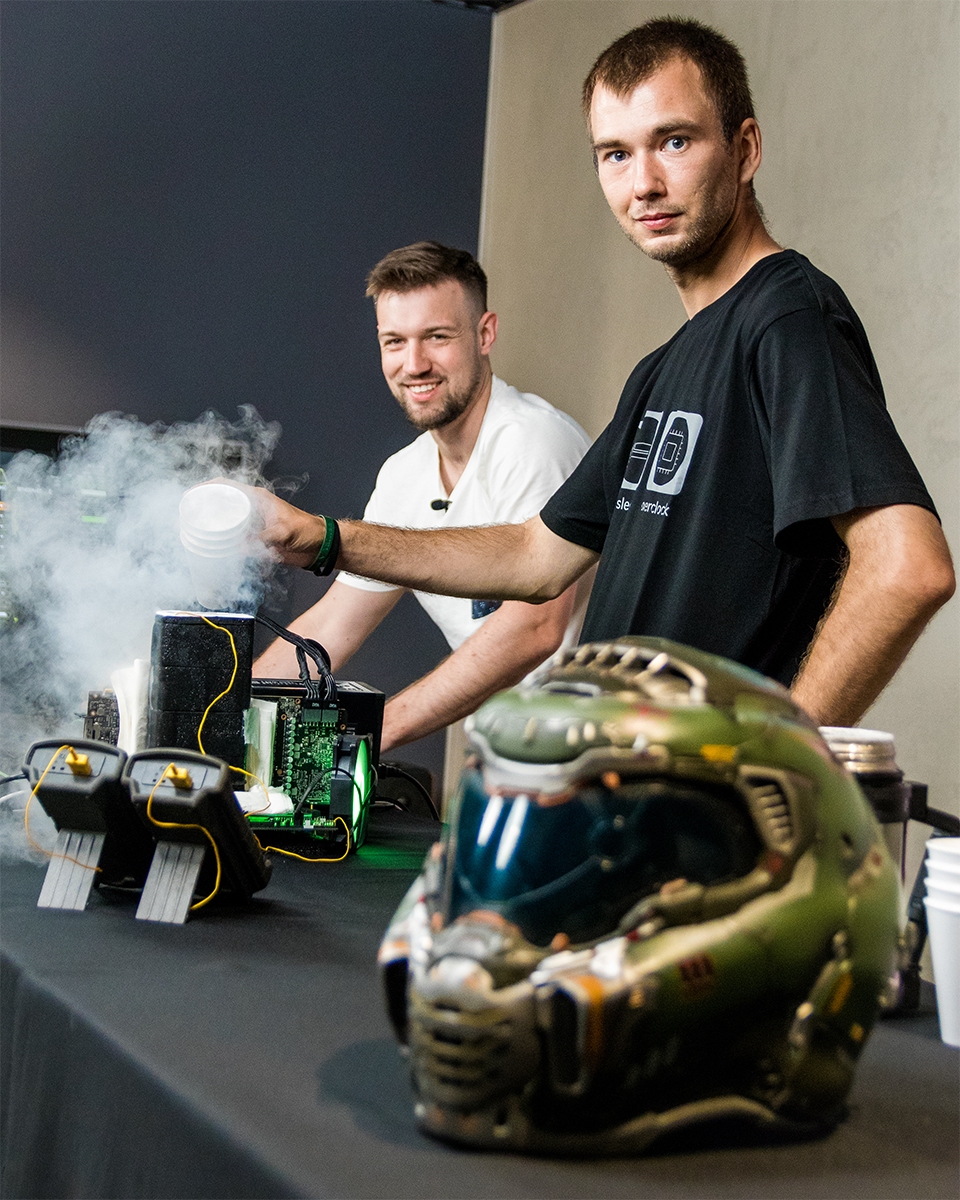 How is such an incredible high framerate even possible? “We made a major improvement in id Tech 7 around the job system,” Khan explains. „Using this across the board everywhere allowed us to speed up on the CPU side to get those high speeds.” After once reaching 515 FPS on a rig, Khan was admitedly curious to see how far the engine could really be pushed.

It goes without saying, but reaching 1,000 FPS takes a hellishly powerful PC operated by experts – in this case, x-kom's Head of R&D, Marcin “Ryba” Rywak, and tech blogger Piotr “Lipton” Szymanski. The two devised a machine composed of Intel’s eight-core i7 9700K processor, strenghtened by ASUS RTX 2080Ti, ultra-fast HyperX Predator memory and an M2 Samsung drive, all powered by BeQuiet’s 1200W Straight Power. “We started to make preparations a week before the actual attempt,” recalls Piotr. “After we picked the components, we needed to do a first assembly of the platform and see how it runs. This alone took us an entire work day.”

The next day, the team reached around 500-600FPS on their rig – an impressive feat on its own, but way below their target. To go higher, the duo needed to squeeze every last drop of performance out of the platform. Khan explains: “We were really, really aware that if we had a highly overclocked CPU with a lots of cores, there would be plenty of power out there in the wild". While Rywak knows plenty about overclocking as a former European Master Overclocking Champion, the problem was far from solved. Video games can be tricky measuring targets for overclocking a computer, especially ones as high-speed and frenetic as DOOM Eternal, and the team may need to employ extreme measures to ensure stable performance.

“It's a lot easier to control a benchmark which is always the same”, explains Rywak. "A game makes the whole process less predictable in terms of hardware load which could lead to stability issues while working on frozen hardware.”

I forgot to mention: Rywak and Szymanski have to literally freeze this machine. 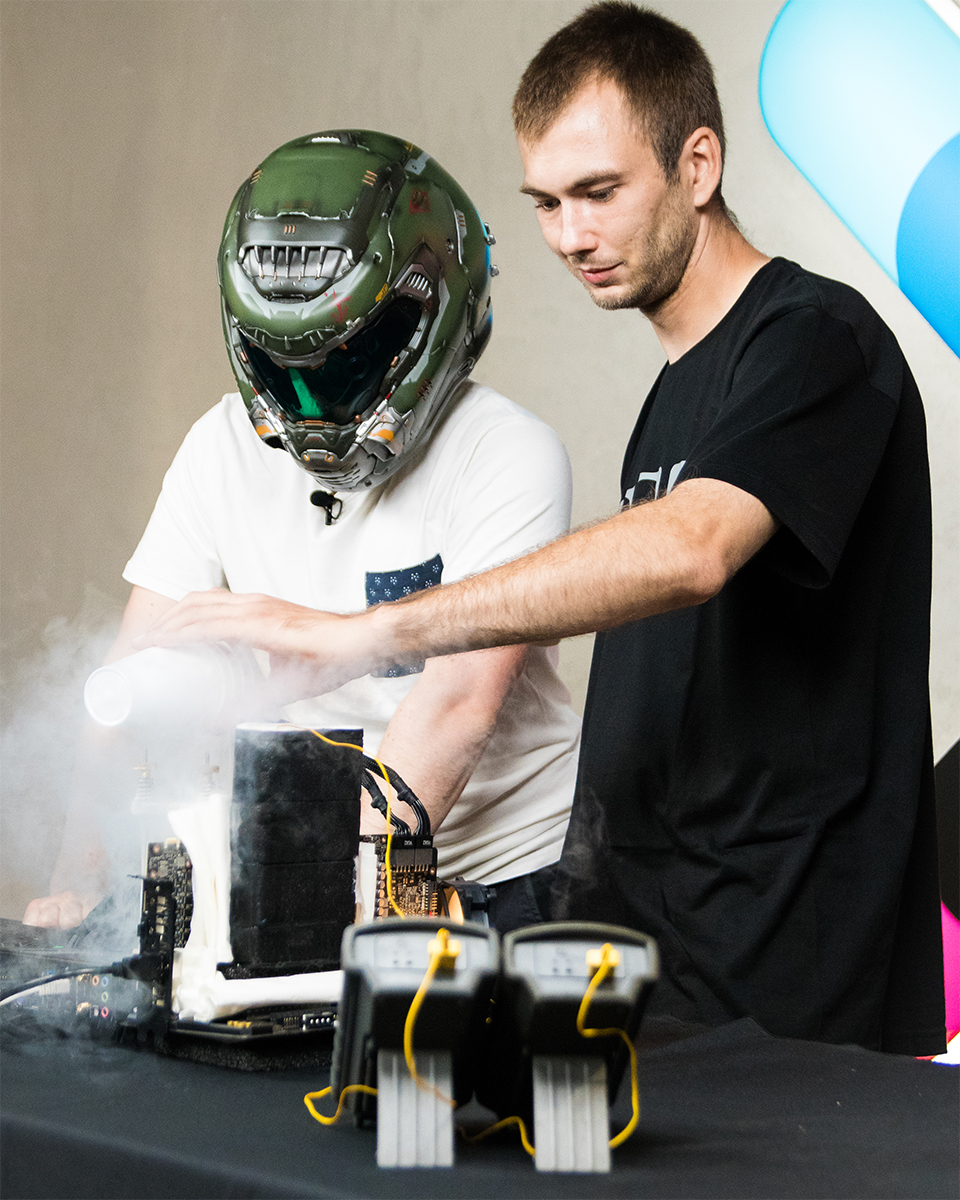 When powerful, high voltage system like this overclocks at maximium capacity, it heats up immensely. This is why overclocking consumer PCs even slightly is not recommended without a proper cooling system. For the tall order of reaching DOOM Eternal at 1,000 FPS, the team at x-kom would have to deploy liquid nitrogen, a substance existing at a frigid -196 degrees Celsius (-321 degrees Fahrenheit.) (Editor’s Note: liquid nitrogen can be extremely dangerous. Never handle liquid nitrogen without proper safety precautions.)

On day two, the moment of glory finally came. The DOOM Slayer was walking through the openin corridor of DOOM Eternal’s “Hell on Earth” level when all eight CPU cores clocked at nearly 6.6GHz, and the frame meter registered exactly 1,006 frames per second. It even went up as high as 1,014 FPS during a tutorial map, exceeding the 1,000 FPS goal with frames to spare. “I didn’t believe it, but we made it. It all went down to Ryba’s experience”, says Szymanski. 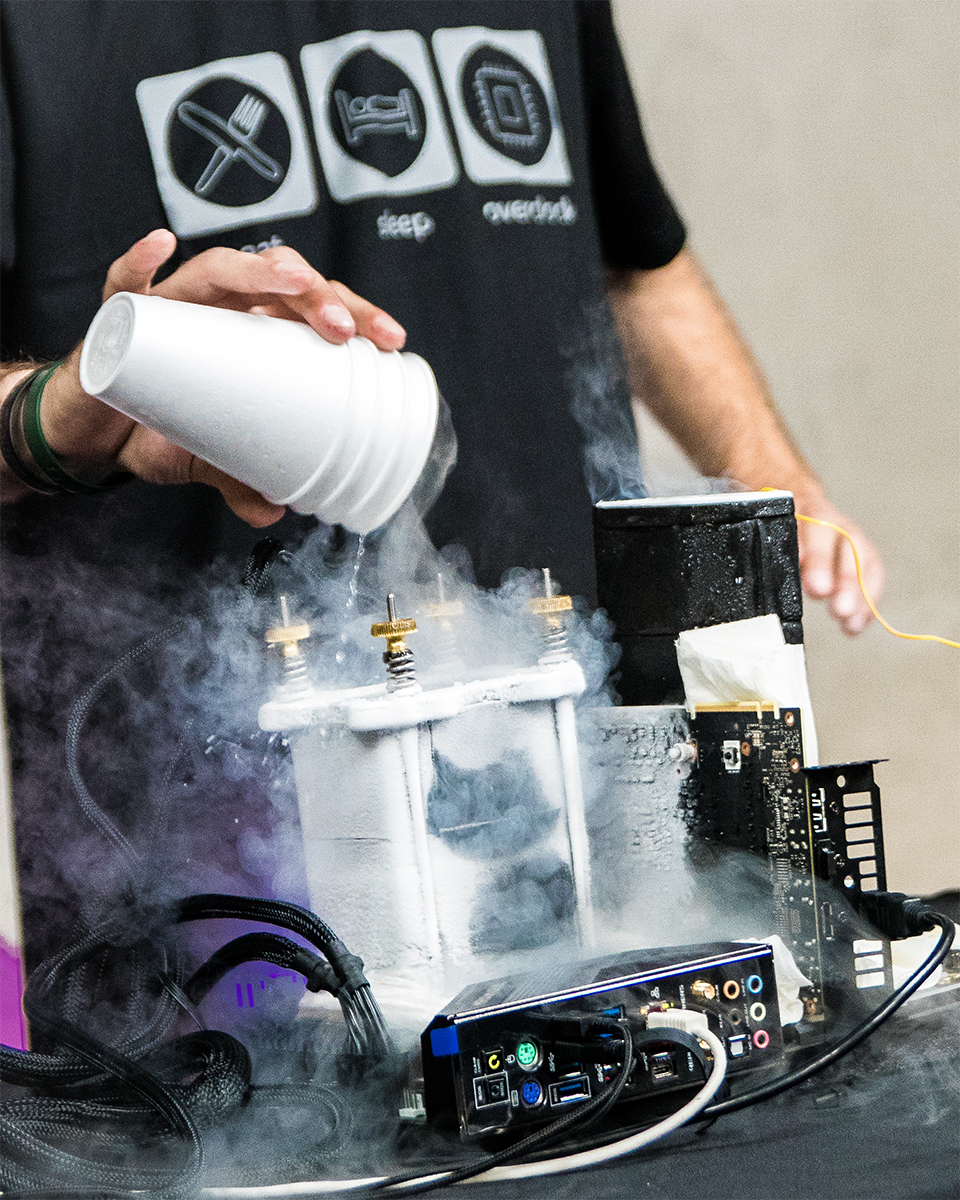 Not only does this record-breaking experiment serve as a testiment to the Rywak and Szymanki’s overlocking prowess, but also the utter range id Software’s engine can be optimized with, from consumer game consoles to liquid nitrogen-cooled supercomputers. “We wanted as many people in the world to play DOOM as possible,” concludes Khan. „Yes, the uber machines benefit from that, but also someone playing on a slightly older PC will be able to enjoy it.” Of course, as new hardware and software come out, the desire to push it to its limits (and run DOOM on it) will always exist. Much like DOOM, the search for ultimate performance and power is... Eternal.