Shortly after players smite the nefarious Spider Mastermind with a mouthful of BFG 9000 and bring DOOM (2016) to a satisfying close, an eye-catching credit sequence rolls.

id Software has no shortage of big names, veteran staff and emerging talent walking its hallways, but today we’d like to give a special shout-out to one credit in particular – an unsung hero who happens to be celebrating a major milestone this year.

Amidst the names in DOOM’s credits, stylishly displayed across mid-action vignettes of the game’s characters, a curious combination of titles stands out: Office Manager & id Mom. With 25 years of experience at id, DOOM isn’t the first appearance of the unique ”id Mom” title for Donna Jackson – or Miss Donna, as she’s referred to by id Software staff. 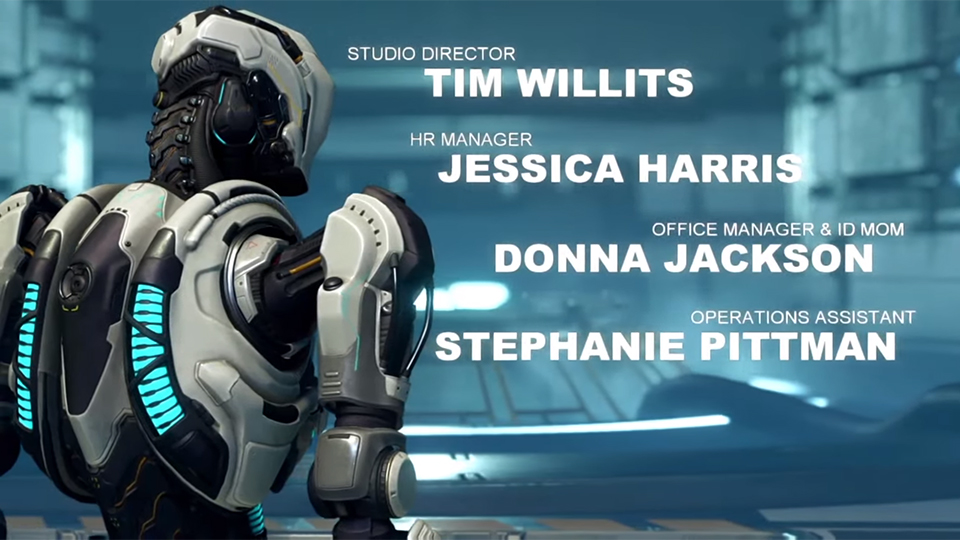 The “office manager” part of Miss Donna’s title is easy to understand; she handles daily functions at id’s office in Dallas, Texas. However, her delightful demeanor and incredibly helpful attitude towards not just her co-workers, but everyone who steps through the doors at id Software for the past two and a half decades, is how she earned the honorary half of her title.

“They say you never get a second chance to make a first impression,” says DOOM Eternal Executive Producer Marty Stratton. “Thankfully, Miss Donna is the first impression of id.” Ask anyone who’s made a visit to the industry-leading developer behind the DOOM, RAGE and Quake franchises – a trip to id isn’t complete without meeting Miss Donna.

“She’s been at the front desk of our studio for 25 years,” says Stratton. “Her unique brand of warmth, charm, friendliness and southern hospitality has been the first impression for nearly every person to walk through our doors – from nervous young devs on their very first interview to the most powerful CEOs in our industry.”

The year is 1994 and Miss Donna had just signed up with an office staffing firm intent on working three days a week. As fate would have it, Miss Donna was told that “a computer company” on the sixth floor of the same building was hiring. There was no mention of video games.

“I walked in the door as Miss Donna Jackson – I wasn’t going there to be a mom,” Miss Donna tells us as she recounts her first days at id Software.

Upon stepping off the elevator, Miss Donna began her first day at id Software and was introduced to the team behind DOOM. “The door swings open and there are four or five guys there,” recounts Miss Donna. “I'm like, ‘oh, they’re young, like my two boys.’” Those “boys” apparently had a similar reaction to Miss Donna, creating her nickname almost instantly. “One day, the owners were like, ‘Hey, you’re the id Mom!’” says Miss Donna, “and that stuck.” 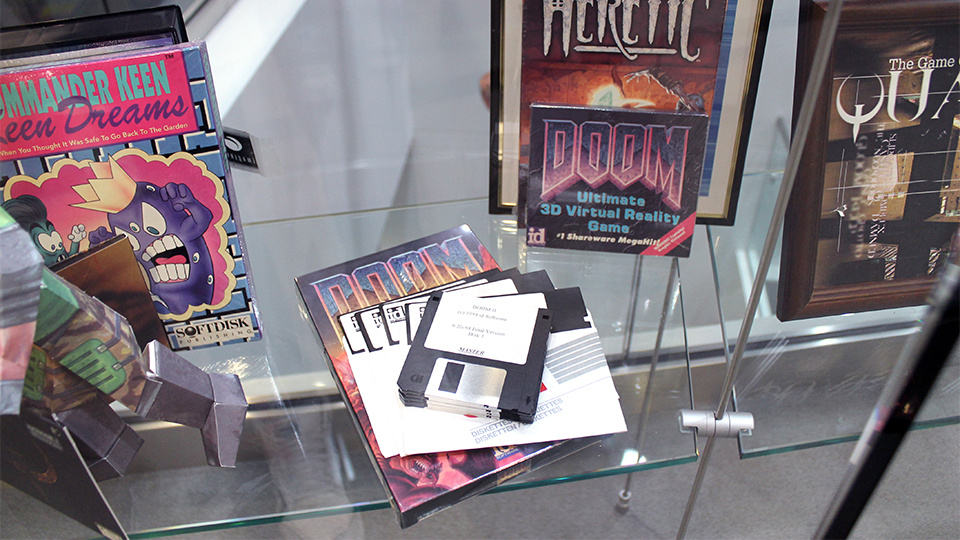 Though id proved itself as a developer a year prior with the release of DOOM (1993), they still had a lot of catching up to do in terms of office fundamentals. “We had nothing set up – no phone lines, nothing,” says Miss Donna. “All I had on my desk was a phone and a calendar at that point.”

Miss Donna clearly made a strong first impression – no surprise to anyone who’s had the pleasure of visiting id – because by the afternoon of her first day, the owners called her in to see if she was interested in joining not just three days a week, but as a full-time employee.

“I was flabbergasted,” says Miss Donna. In 1994, video games weren’t yet the fully fledged, multi-billion-dollar entertainment industries they are today and id’s Software’s future was uncertain. After giving it some thought, Miss Donna came aboard. “It all worked out,” she remarks, “it’s kind of crazy.”

The early days of id

Miss Donna’s alias as the id Mom may have stuck overnight, but that reputation was earned through considerable effort. id was a relatively small crew, even by the standards of the early ’90s. However, that small crew created the first-person shooter with the Wolfenstein 3D and launched the original DOOM in 1993, a massively successful game sold across the globe.

“It was a lot to get in order and get everything situated to function as a company,” says Miss Donna. Thankfully, this was the kind of task she was up for as id’s office manager. “I love people. I love challenges. I love problem solving,” she tells us. “It's been a perfect fit for me.”

It was also an adjustment period for the other businesses neighboring id. Folks clocking nine to five in office attire weren’t used to kids coming to work in T-shirts and long hair, working late into the night. The studio’s success also brought the occasional hassles that come with rising fame – which provide Miss Donna more opportunities to step in as the team’s de facto mom. “They were so famous, and we had a lot of stuff to deal with. Many times, I felt like a mom and protected them.” 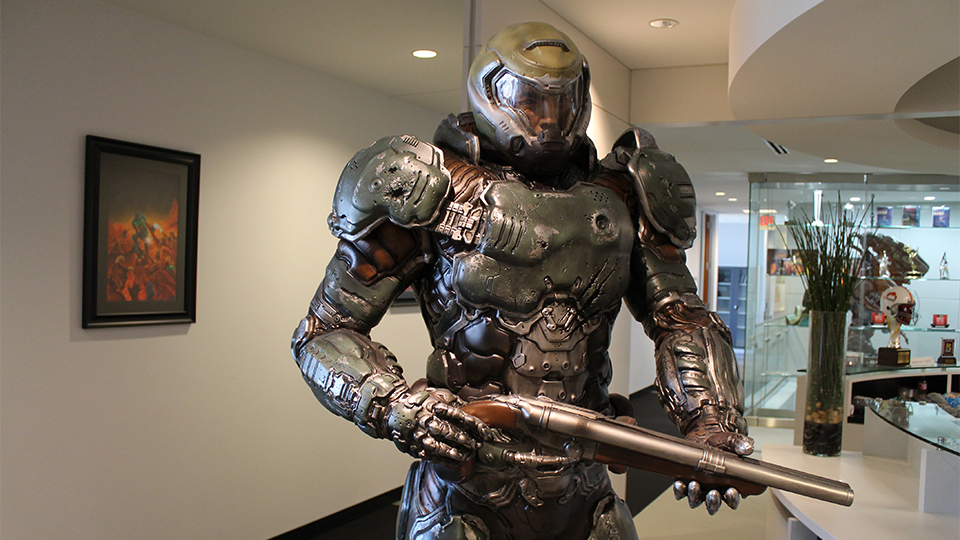 Of course, id Software has since grown considerably as a developer. While Miss Donna no longer pulls triple duty coordinating flights or working as a one-person human resources department, her expertise with people remains a key facet in id Software’s success. From making visitors feel welcome to building up a good rapport with vendors, Miss Donna takes point. “People travel from all over the world come to id so you don’t want to disappoint them,” she adds.

“Nothing out of the ordinary”

A lot has changed at id Software in 25 years, but one thing has remained constant: with Miss Donna around, you’re home.

“One of the most comforting feelings about working here at id Software, 4,000 miles away from our home in the UK, is Miss Donna asking me how my wife and son are and when they are going to come and visit the studio next,” says senior programmer Johnmichael Quinlan. “There's a level of thought and care from Miss Donna that I haven't experienced anywhere else I've lived or worked.”

“I worked with Miss Donna pretty much every day during my first year at id,” adds Peter Sokal, Senior Game Designer. “She really helped me get to know people and was a constant, positive influence. She inspired me to reach for more and is a big reason why I moved onto the development side at the studio.” 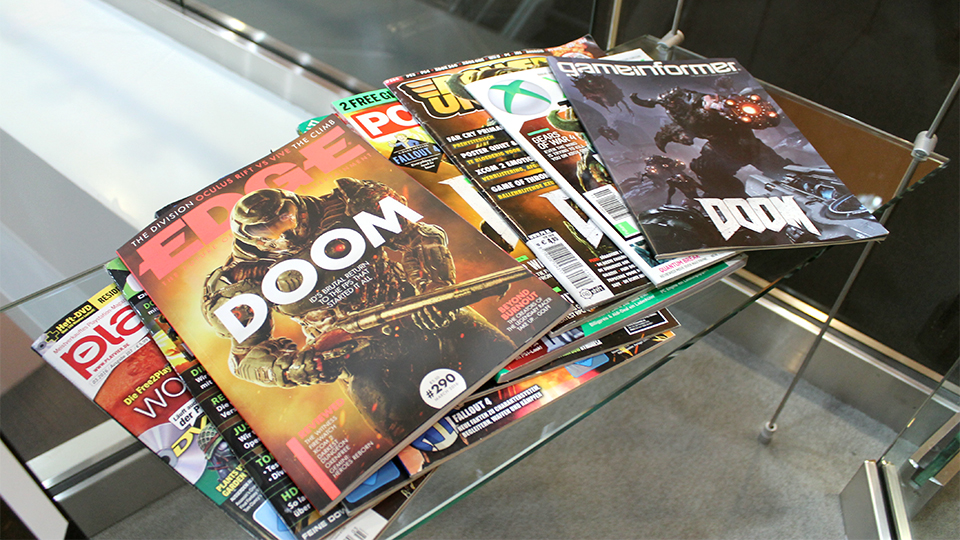 “Miss Donna is truly special to me,” says Tim Willits, who worked with Miss Donna for 24 years before departing id Software in August 2019. “We have been through a lot together. She is not only the ‘id Mom,’ but I also see her as my Mom too. I love Donna, she means the world to me.”

Even since the beginning, Miss Donna has been gracious for the people she’s worked with over the years. “I can’t thank (id) enough for all that they’ve done for me and for believing in me,” she says. “I really do take a lot of pride in that, and I’m so grateful for all the people that I have met. The cards, the letters and the nice emails that I have gotten from people who enjoyed their visit…it’s just been remarkable.”

“I’ve been told by a lot of the people that come in here that I hold the biggest title in the whole world,” Miss Donna says. “You’re the id Mom!” She then laughs, “I don’t do nothing out of the ordinary –down here in the South, you’re supposed to welcome people!”