Did we see any awesome cosplay during our DOOMCon event at this year’s QuakeCon? Of course we did! Could we even call it a real gaming convention without running into some awesome crafted costumes?

DOOM fans wowed us once more with their creativity as they brought their A-game to DOOMCon with wearable renditions of some familiar faces. To make sure the rest of the world gets to see, we’re highlighting six amazing DOOM cosplayers from the QuakeCon floor! 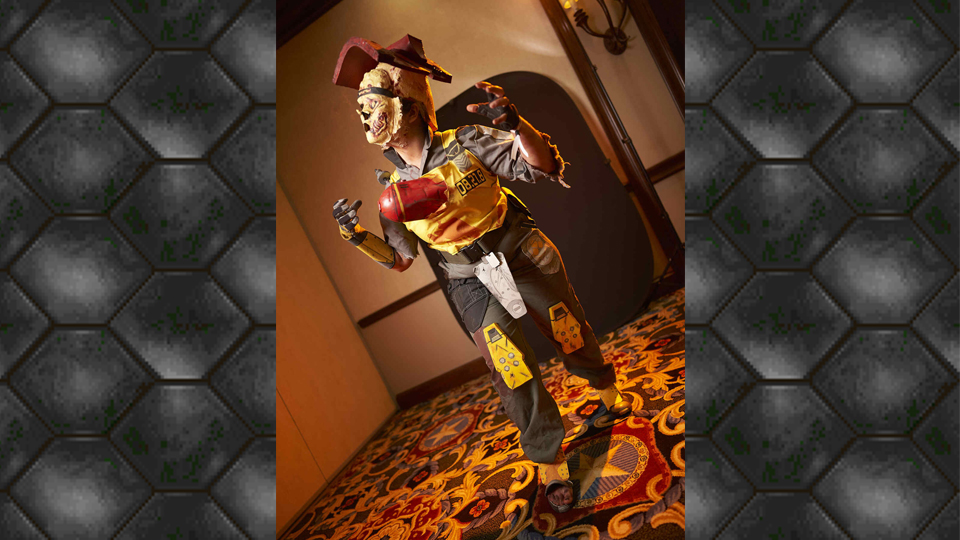 We love all the gruesome details that went into Kim Lopez’s recreation of the Possessed Engineer, from the demonically charred face to the welding tank melded into the chest. 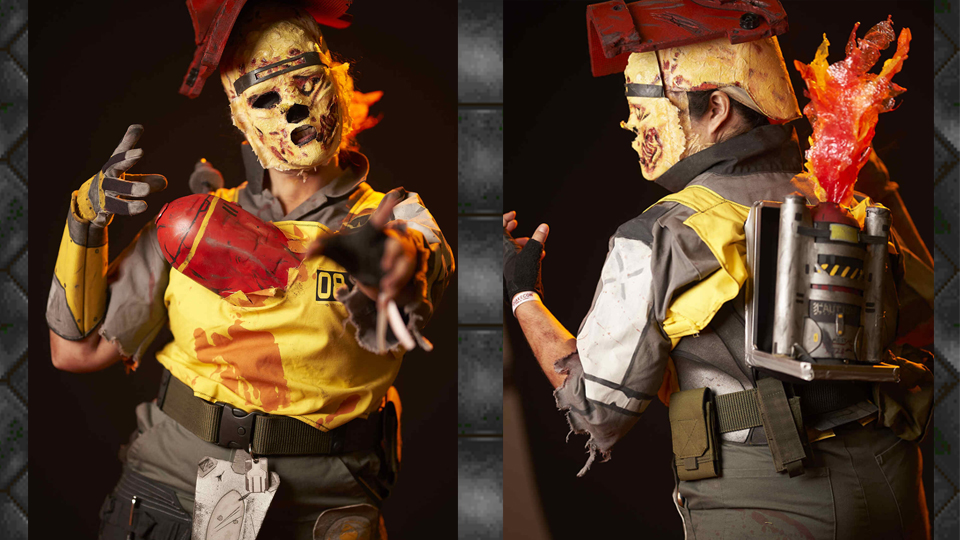 That said, we still recommend a safe distance when handling DOOM (2016)’s most volatile enemy – those flames on the back look cool but can’t possibly be compliant with the UAC’s workplace safety standards. 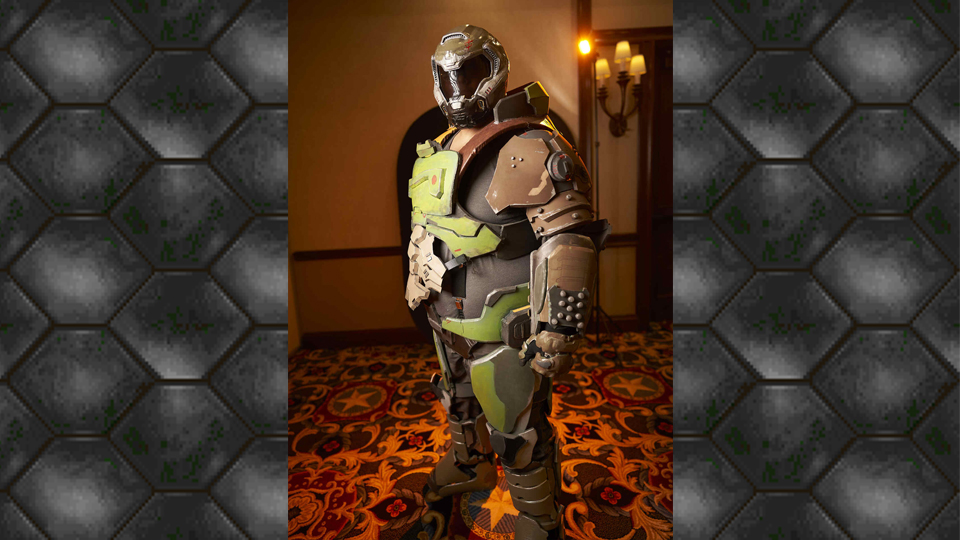 Ivan Quinones entered DOOMCon as none other than the Hellwalker himself – the DOOM Slayer! Constructed from a combination of 3D-printed parts and EVA foam, Ivan even accounted for the Slayer’s new digs in DOOM Eternal with this impressive reconstruction of the Praetor Armor. 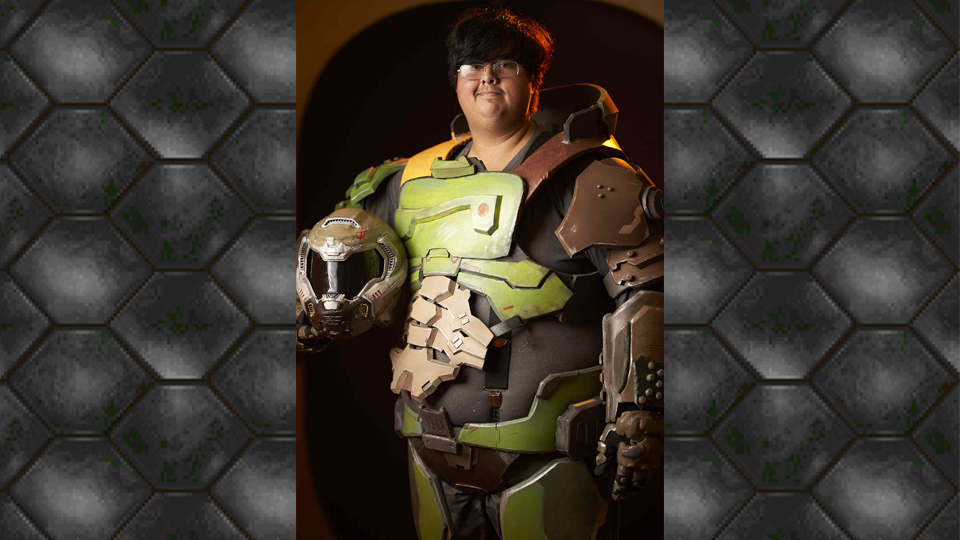 (Thinking about making your own? Our handy DOOM Slayer cosplay guide can help!) 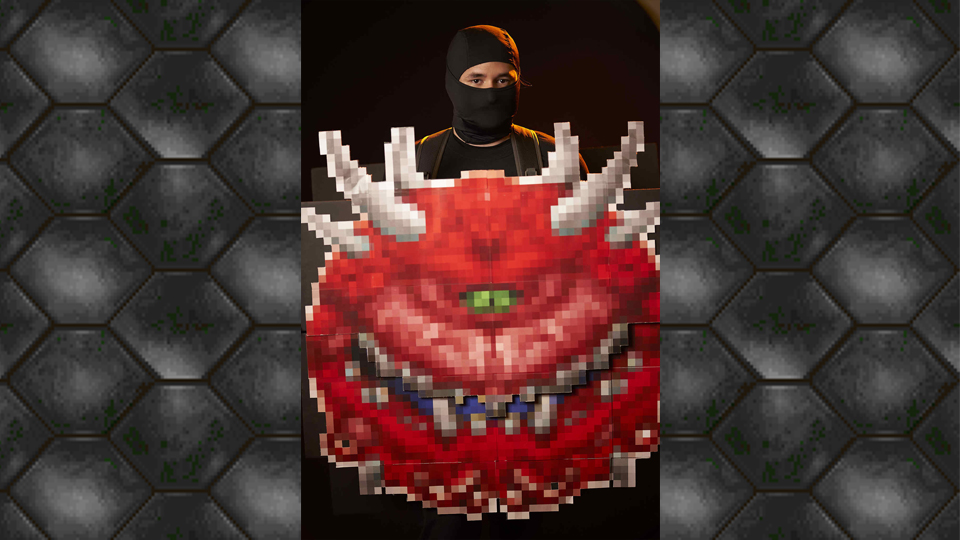 Luis Bolanos kicked it old-school with this clever take on the original Cacodemon. Just like its sprite counterpart from the early days of DOOM, this cosplay is also two-dimensional! 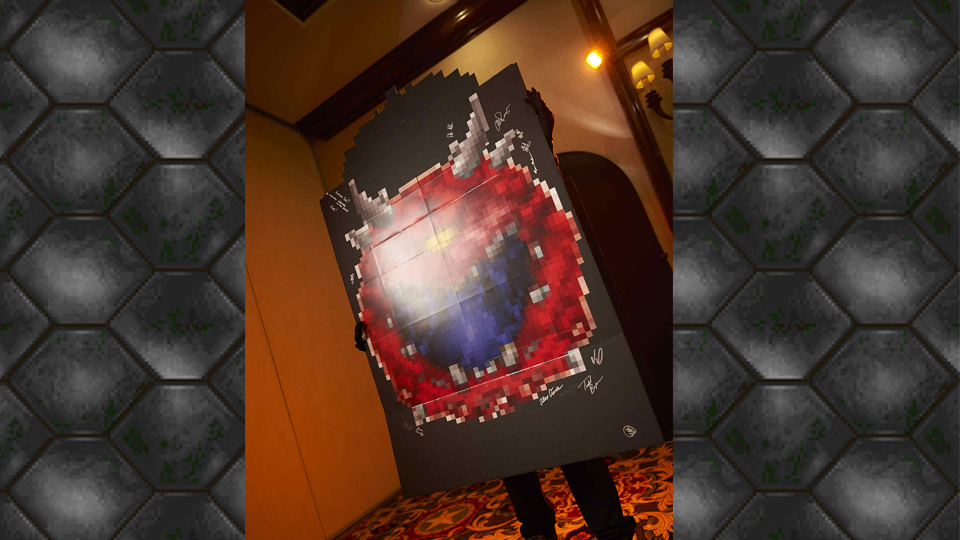 Another thing we love about this Cacodemon is that it features a flap that opens up its big ol’ maw – you can see it in action here! 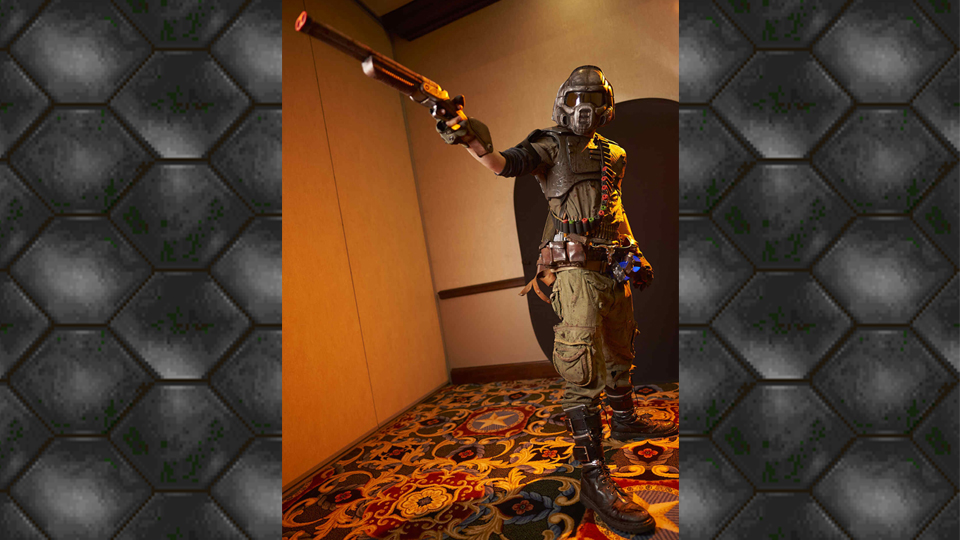 Speaking of old school, Dillon Davis went with the classic DOOMGuy look. We love the pieces that bring it all together like the retro blue health potions, Super Shotgun and the excellently made helmet. 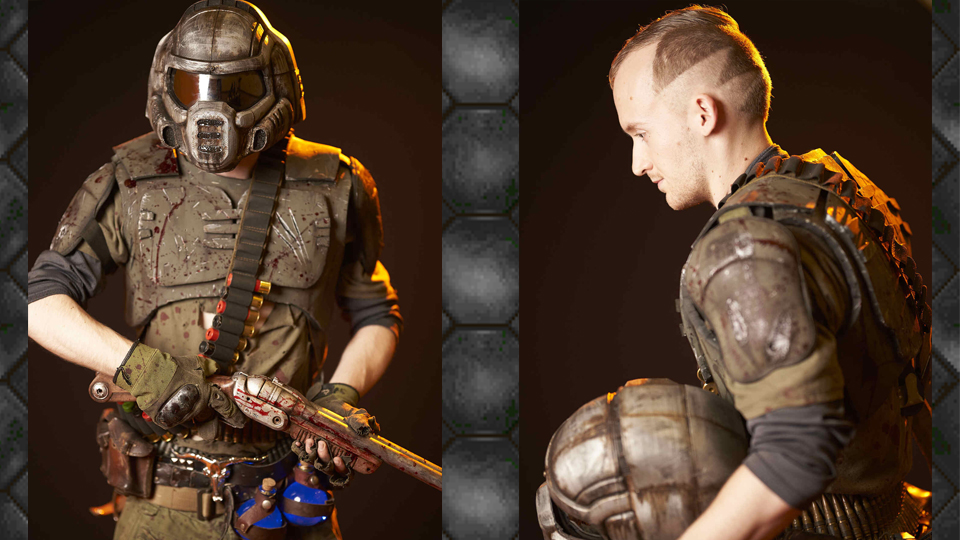 The extra touch that makes us really love it? Dillon matched DOOMGuy’s duds with a fresh haircut – an homage to the Marine’s sharp-shaved ‘do from the cover art for DOOM II. Now that’s dedication! 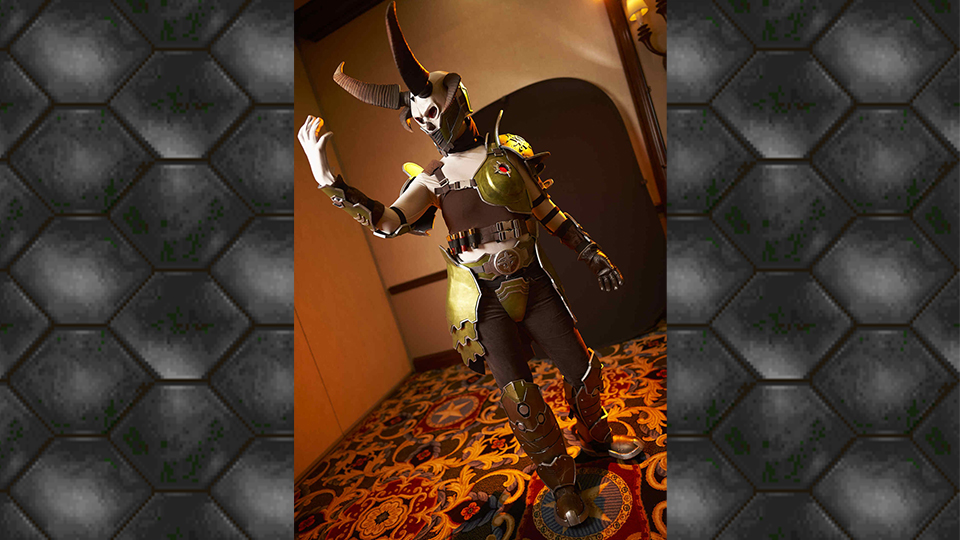 What blows us away about Morgan Malott’s menacing Marauder (try saying that three times fast) is that DOOM Eternal – the game which debuts this corrupted axe-wielding baddie – isn’t even out yet! 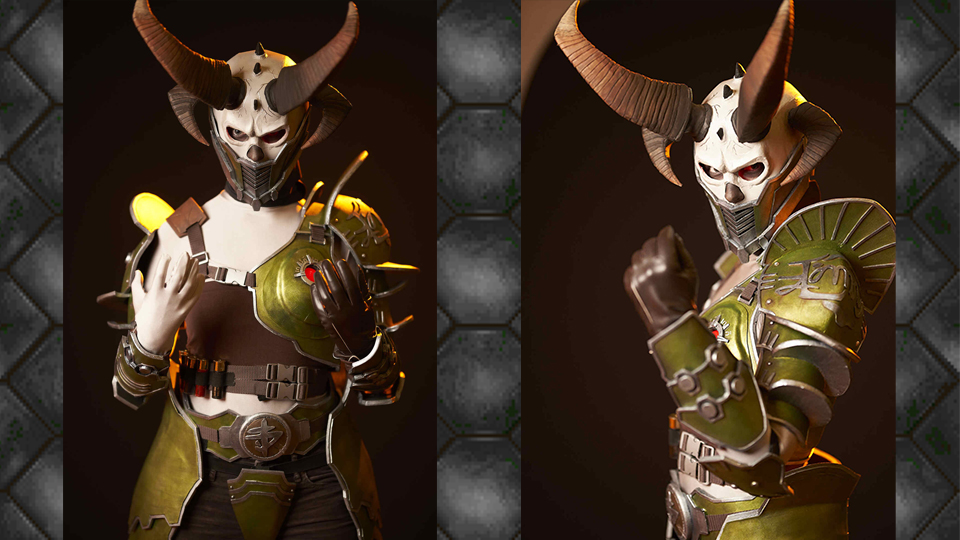 The fact that such a badass costume was created from an enemy as mysterious as the Marauder really shows off Morgan’s talent. 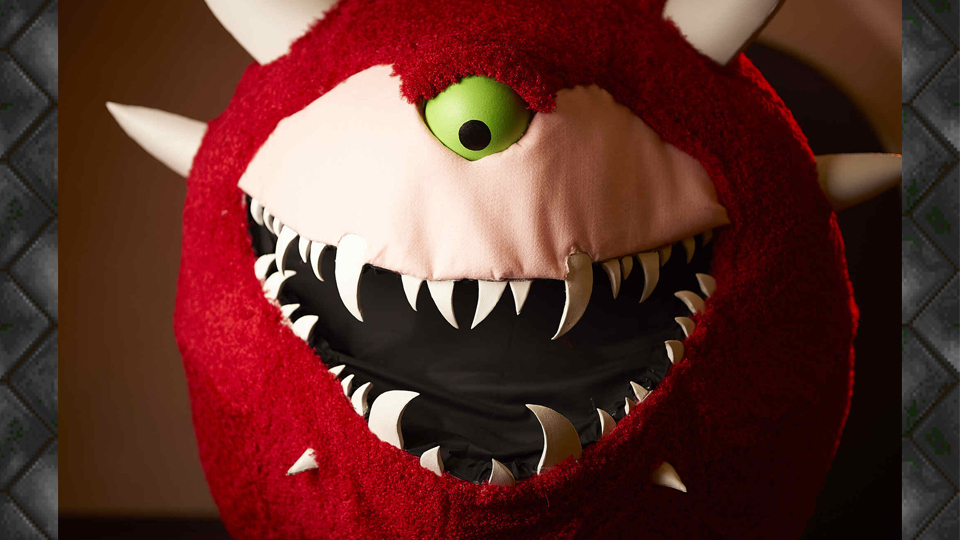 Maybe it’s the giant smile or the temptingly soft hugability of the materials, but there’s just something about Dalton Robbins’ Cacodemon that makes it feel so approachable. 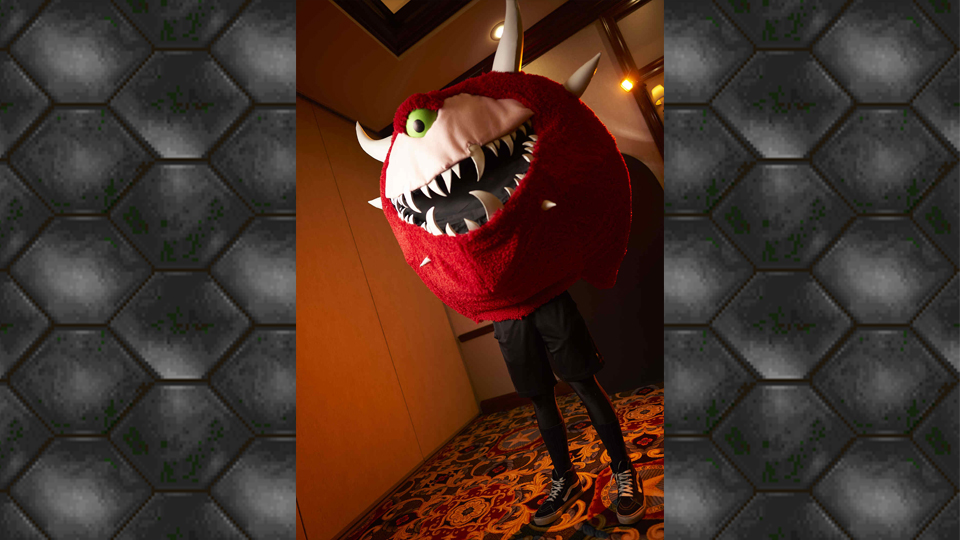 Thanks to the darkened halls of QuakeCon’s BYOC room and Dalton’s all-black leg getup, there’s a very convincing effect that really makes it look like a Cacodemon is floating around the convention. (Thankfully, we noticed there was a human inside before any security or Slayers were called.)