Every demon serves a purpose. Whether it’s challenging players to adopt new strategies in combat or providing the satisfying thrill of reducing them to gibs, even the lowliest grunts on the demon hierarchy make DOOM, well, DOOM.

Sure, some denizens of Hell are deadlier or tougher to kill than their comrades, but each demon has its own unique, gruesome charm to earn a top slot in any DOOM fan’s list of favorite foes. While you’d think working on the DOOM series would mean loving each of its baddies equally, the team at id plays favorites too – they’re only human, after all!

“The Cyberdemon is the best boss in any game ever and you can't argue with me,” states id Studio Director Tim Willits, talking up DOOM’s unholy half-demon, half-machine hybrid without an ounce of hesitation in his voice.

Willits, who also served as DOOM 3’s Lead Designer and Creative Director, carries on. “When you hear the sound of his feet, the fear that enters your soul is a feeling that could never be recreated.” 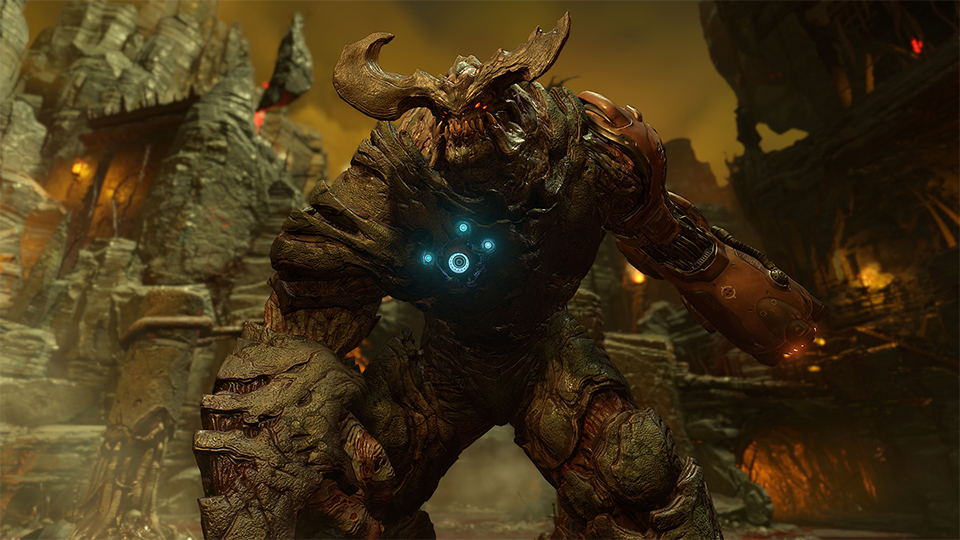 “My all-time favorites across all the games might be the Hell Knights,” says id’s Chief Technical Officer Robert Duffy. He specifically enjoys the DOOM 3 and DOOM (2016) iterations of the beefy, not actually all that knightly, beserkers because “they're such brutes.”

Of course, there are other factors the id team considers for their favorite demon besides sheer badassery. The uncanny look of Hell’s various denizens each hold their own special appeal.

"(It’s) tough, because they're so unique and they have so much personality,” says Executive Producer Marty Stratton. After reflecting for a second, he says, “I've always liked Pinkies for some reason. I think they're so...funny. Especially in the original games. The big, gaping mouth, their sound, everything about them was really cool - and funny." 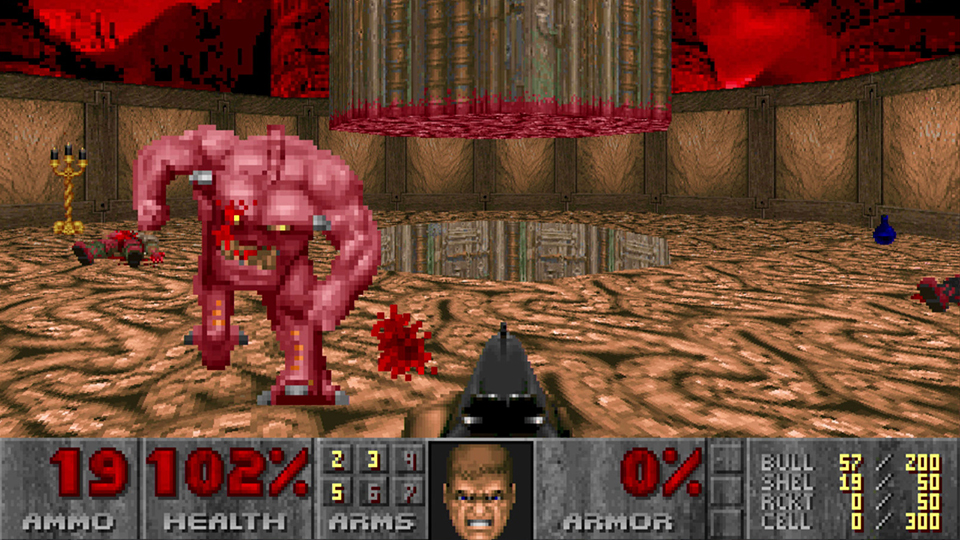 When picking an all-time favorite gets tough, another way to choose which demon sticks with you most is approaching it from the perspective of the DOOM Slayer – that is to say, which poor sucker is the most enjoyable to rip and tear apart.

“I love the way (the green-haired Mutant Marines) died - the way the gibbed,” says Kevin Cloud, an artist on the original DOOM still working at id Software. “When I first saw that death explosion with the top of the skull falling off and rolling back, the guy just kinda goo-ng, it was pretty fantastic.”

"I can say the one I liked to kill the most was the Chaingunner (also known as the Former Commando or simply Heavy Weapon Dude) from DOOM II,” adds Principal Lead Level Designer Jason O’Connell with a similar adjective: “His gore is fantastic."

Whether you love them for the challenge they present, their wild and otherworldy look or simply the way they go squish, there’s no wrong answer for your favorite DOOM demon – so long as you don’t go soft on ‘em. Need we remind you, they are rage - brutal, without mercy – and you know what comes next.