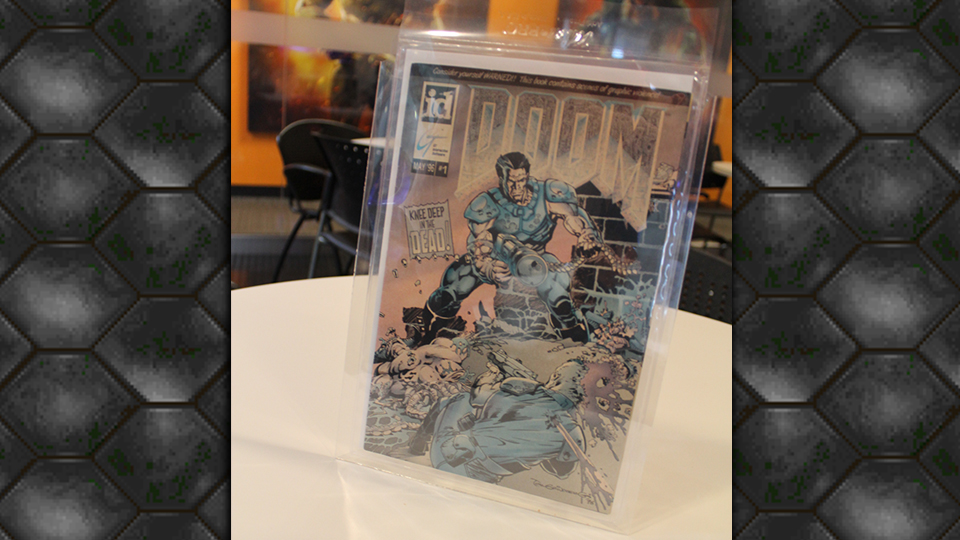 1996’s DOOM #1: “Knee Deep in the Dead!” is a 16-page comic book starring DOOMGuy as he slaughters waves of demons in search of the biggest gun. Yeah, it’s straight to the point but hey, so is DOOM.

Written by Steve 'Body Bag' Behling and Michael 'Splatter' Stewart (the creative team all had grisly nicknames in the credits) and illustrated by Tom ‘Gallows’ Grindberg, the DOOM comic has earned a bit of reputation for its bizarre writing and hogwild pacing. 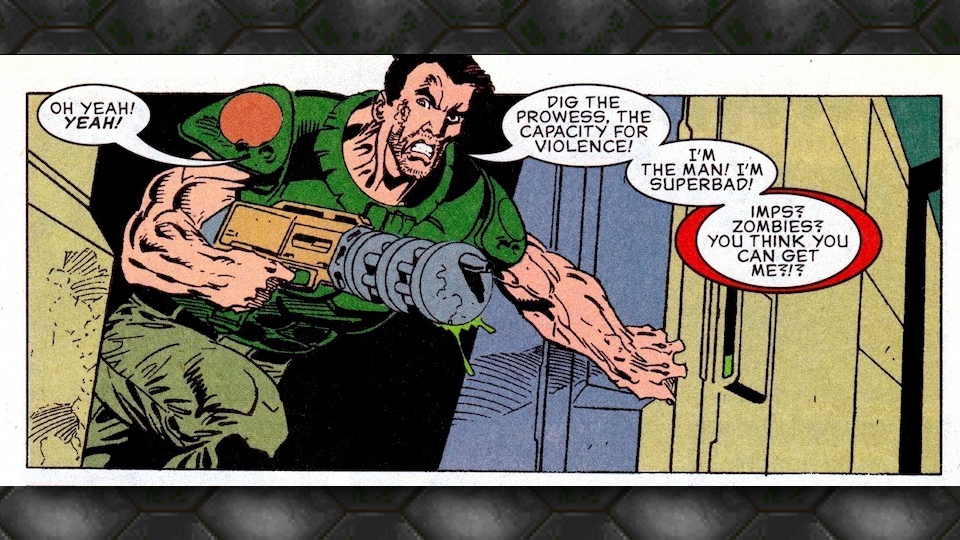 On top of being an unusual read, the comic is also a notable DOOM relic for its scarcity. Only two print runs of this comic were ever produced – one as a promo item for a gaming convention and the other as a pack-in with the id Anthology, a four-disc collection of id Software games also released in 1996.

Both runs were super-limited, making the comic a rare find for any fan of DOOM and/or sequential art with copies recently selling for as much as $275 on eBay.

Sure, “Knee Deep in the Dead!” wasn’t exactly nominated for an Eisner that year, but the comic does carry a significant tidbit of DOOM legacy. During a scene where DOOMGuy’s caught in a Beserker-fueled rage, he rants at a Cyberdemon his intent to “rip and tear your guts! Rip and tear!” 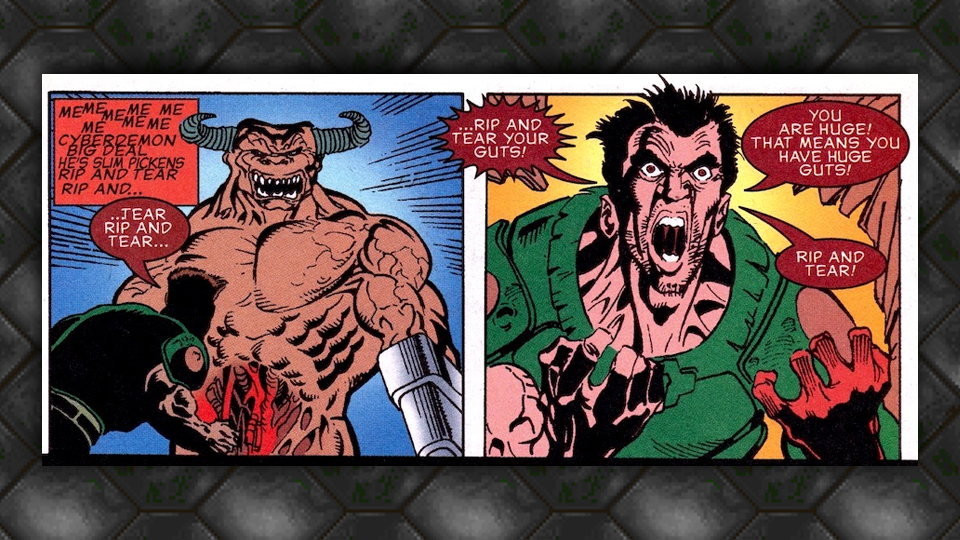 And thus, a meme was born, and with it also came the phrase that’s become DOOM’s officially unofficial mission statement: Rip and tear, until it is done!