You check your ammo count—you’re low. Your eyes strain to see through the rusty, dimly lit halls as you realize you haven’t stopped moving since your boots hit the ground. Pinkies and Imps are closing in on you from all sides and you spot a long, thin walkway in the distance. You brace yourself for the next encounter and ask yourself: Is there any end in sight?

Another incredible piece of DOOM goodness joins our already demonic roster of Add-Ons for DOOM (1993) and DOOM II! Say hello to No End in Sight: a dangerous and decrepit death run through crusted caverns, blasted-out cityscapes and even parallel worlds to find the source of evil itself. As always, if you need a refresher on Add-Ons, refer to this article for all the info you need! Now, where were we…?

2016’s No End in Sight drops you into some fresh Hell, straight from the minds of some incredible DOOM modding talent: Xaser, Emil Brundage and Chris Lutz. These three DOOM-heads were inspired by other well-known works like DOOM The Way id Did to create a devilishly deceptive and engaging four-episode arc that slowly erodes familiar flavors of DOOM II level design into a twisted labyrinthine set of maps. Are you ready for your run? Lace up and let’s go!

Your adventure through No End in Sight starts in familiar territory. The early maps of Episode 1, aptly titled ‘1994 Ways to Die,’ feature low-hanging ceilings, pools of poison sludge, secret doors and demon waves — all the classics. In the words of modder Emil Brundage: I like my levels dirty, rusted, decayed and dark. You’ll quickly get a taste for the trio’s inspirations in not only the level design but the aesthetic that drips through every pixel. Sprinkled in are a few particularly sweaty encounters that will have you questioning how you’ll stay alive and kicking for two more episodes…just remember the age-old DOOM Marine adage: never stop moving.

Coming off the heels of a tense ending to Episode 1, Episode 2 - ‘Depths of DOOM’ - kicks things up a notch in the best way. Ranging from the creepy corridors of Map 1 (‘Proving Grounds’) to the densely packed Map 4 (‘Derelict Vessel’) and beyond, Episode 2 will test even the most grizzled DOOM Marines with massive fire pits, sneaky Lost Souls, surprise Barons and more. Stay sharp and you may just make it out in one piece… 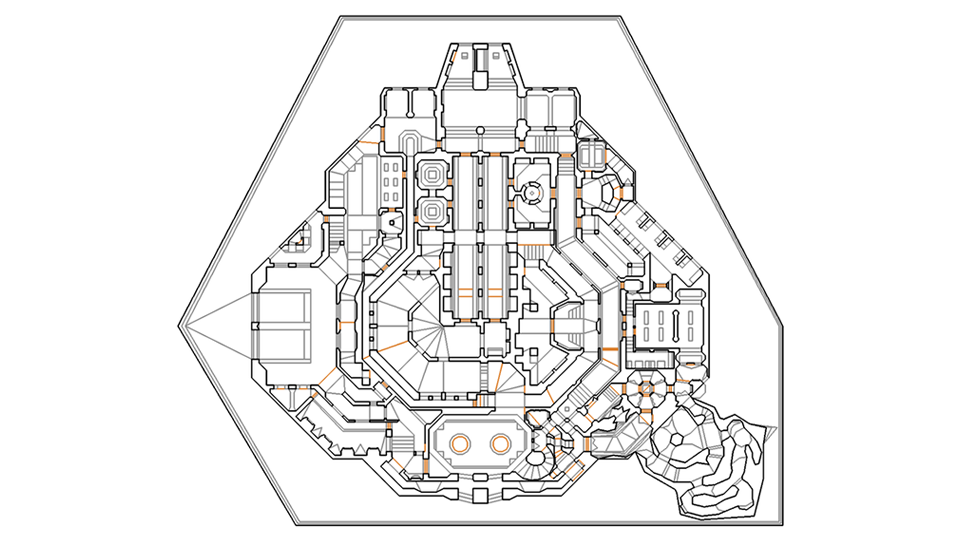 Maps like ‘Derelict Vessel’ and ‘Deep Storage’ bring out the tech vibes in a wonderful way. The range of maps and aesthetics in Episode 2 perfectly parlay with the intensity of every encounter you’ll face. If you survive this far, you might just have what it takes to finish the fight!

Episode 3 challenges even the most hardened Marines in ways that might remind you of maps like Hell Keep from DOOM and Bloodfalls from DOOM II. Episode 3’s maps like ‘The Grinder’ have you panicking to avoid lava flows and environmental hazards (giant crusher, anyone?) while keeping your feet under you through waves of aggressive demons. Wrapping up with an earth-shatteringly intense final map, ‘Reqiuem,’ Episode 3 sets the stage perfectly for a wonderful last episode: ‘Blood Stained Earth’. How’s your ammo supply lookin’?

Episode 4 brings No End in Sight to a climactic end, complete with Spider Masterminds, complex teleportation and some particularly aggressive Cyberdemons. From narrow corridors within caverns to massive, fiery craters and even huge towers – ‘Blood Stained Earth’ brings a massive range of environments and settings that heighten immersion and tension throughout the episode. We won’t spoil how the episode ends, but No End in Sight’s close will have you gasping for air by the time credits roll.

Want to learn more about the team behind No End in Sight? Check out this awesome interview with Xaser, Emil and Chris!