To celebrate the arrival of Add-On content to our latest releases of DOOM (1993) and DOOM II, Nods to Mods covered SIGIL – a brutal MEGAWAD released in time for DOOM’s 25th anniversary worked on by none other than John Romero!

John Romero has won over 100 awards as a game designer, level designer, audio designer and programmer. His work spans over 130 games, 107 of which have been published commercially, including the iconic Wolfenstein 3D, DOOM, DOOM II, Heretic, Hexen and Quake. Romero has worked in the mobile, hardcore, mid-core, casual and MMO games, co-founding companies such as id Software, Ion Storm, Gazillion Entertainment, Loot Drop and most recently, Romero Games. 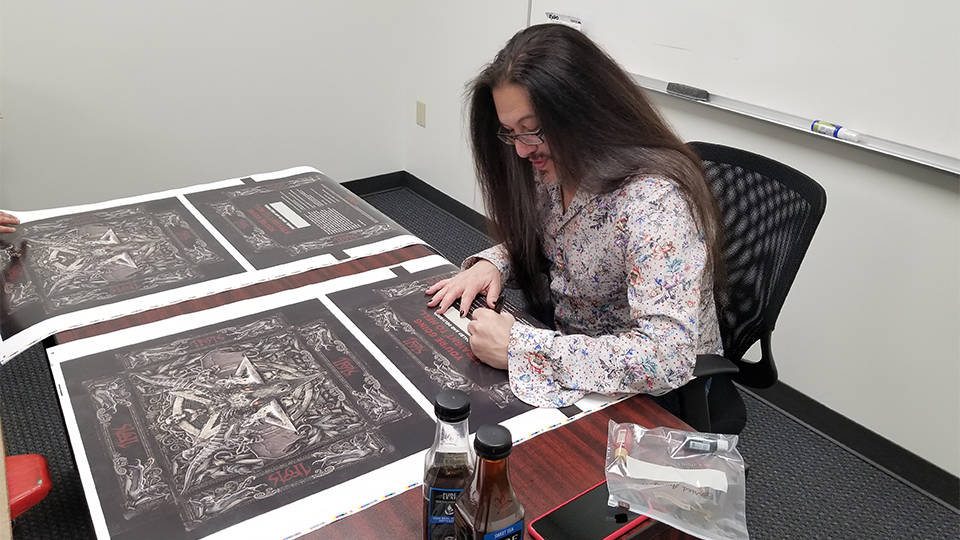 We were so lucky as to get a chance to interview Romero and get a deeper look in the creation of SIGIL. Without any further ado, Nods to Mods fans, let’s dive in!

SLAYERS CLUB: How big was your team to create SIGIL, including testers, music collaborators and the like?

JOHN ROMERO: In total, there were six highly technical testers, two musicians and an artist. Counting me, that’s 10 people.

SC: What tools did you use to create SIGIL?

JR: I used DOOM BUILDER 2 to make the levels and SLADE 3 to manipulate the WAD files. I ran DOOM BUILDER 2 inside a Windows 10 VMFusion virtual machine, as I use a Mac Pro all day. I test my levels in the VM as well – it’s really fast. 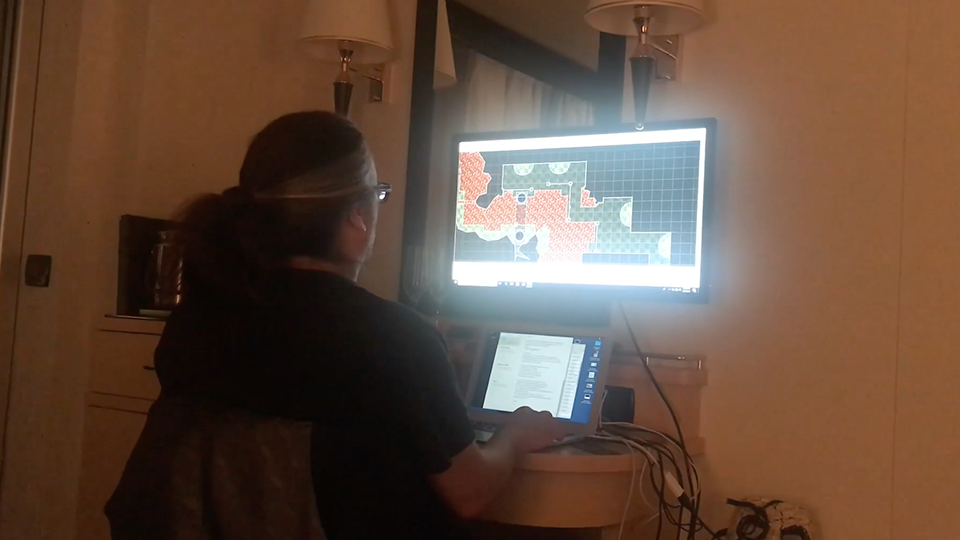 SC: We know that you created SIGIL specifically to be released on the 25th Anniversary of DOOM as a fifth episode to DOOM (1993) but what was your main inspiration behind its inception?

JR: The entire reason to make the episode was to give something to the community for the 25th anniversary. When I started designing it, I decided that continuing where Episode 4 left off would make the most sense as it’s a DOOM (1993) mod. I wanted to use all vanilla assets and keep the level design to the standard of 1995.

I did want to attempt to add some designs that were new – this is very difficult after 25 years of constant creation for DOOM. I decided to add shootable switches to reveal the way forward, as well as open up secrets by using the rarely-used Evil Eye sprite and rarely-used shootable line trigger. 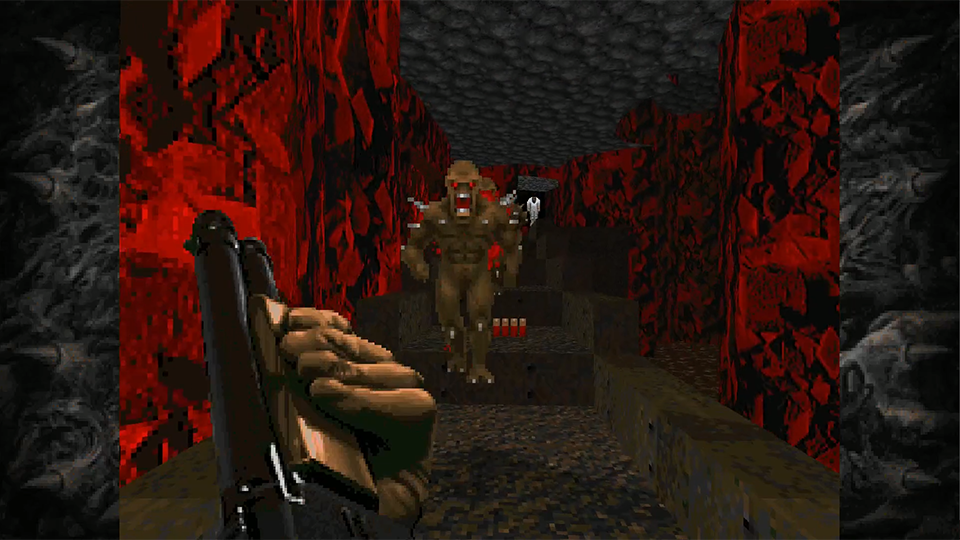 Then, I thought it would be neat if the players in deathmatch agreed to open up a teleporter into the SP level by each player pressing switches simultaneously and running into a teleporter. Also, I call it a megawad because it actually has 18 levels -- a megawad is defined by having 15 or more levels.

JR: Basically, when the player finishes Episode 4, instead of continuing to Earth (DOOM II), the final teleporter was glitched by a hidden Sigil that Baphomet placed there to redirect the player into darker and deeper areas of Hell. Fighting through this new stygian abyss will be the greatest test of your endurance. Live through it and you can save Earth.

SC: How would you describe your approach to level design?

JR: I start with a theme and then design the level progression from there: enemies, weapons and mechanics. After that, I usually start working on a level in the middle of the set, working outward toward the beginning and end levels.

When I start working on a specific level, I design a room that’s interesting visually and also gives the player something to think about. Sometimes that room is the start of the level, but sometimes it’s not. After I add a few things to the level, I play it. I play each of my levels hundreds of times before they’re done. I rarely spend more than 10 minutes before I test it. My level designs come from my play experience. I create something, then play it. That gives me more ideas, so I change the map some more, then play it again. Over and over until it’s done.

SC: How would you compare your take on making levels from back in 1993 to now? Walk us through the process of making levels then to now and how your approach has evolved with the tools. 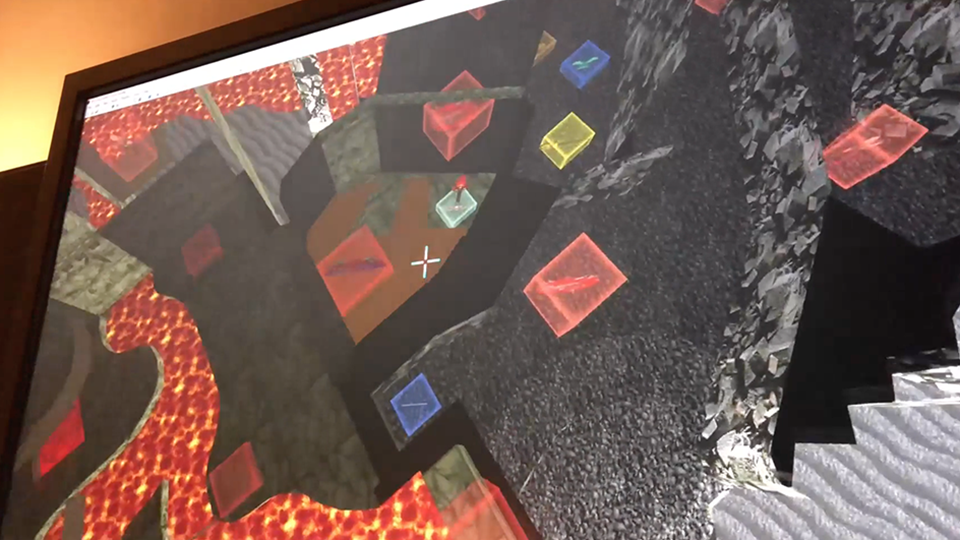 My approach didn’t need to evolve because today’s tools are really easy to use. As soon as I started to make the first level, it was as if I had never stopped making DOOM levels, it was so easy.

SC: Looking at some of your level names, both from DOOM (1993) and now in SIGIL, a lot of these could easily double as great Metal band names. Where do you get inspiration from? Also, have any Metal bands ran with any of these names?

JR: I’m really used to naming things. Games, characters, items, etc. So, when I decided to go a little more biblical with SIGIL, that influenced the naming style. I just scanned a lot of Bible text, looking for something that could be used as a level name. Sometimes I’d find one word, then I’d have to come up with the rest of it. I’ve named stuff for so long, it’s just automatic.

As an example, back in 1995, Sandy Petersen had been making games for a long time and was an RPG dictionary. He knew so much, even back then! I walked up to his desk and told him Raven Software had finished the Hexen add-on levels we were going to sell, but they need a name. I said I wanted a name that sounded like a cool D&D module. He immediately said, “How about Deathkings of the Dark Citadel?” Done. This is the kind of environment I’ve loved working in.

SC: How does your approach differ when designing deathmatch levels?

JR: DM levels are very different. They take far less time to create. For SIGIL I decided to use some thematic elements of the SP level to theme the DM level. I would just sit and think about shapes and flow for a little bit, then start roughing out the overall feel of the map. It didn’t take long. I could finish a DM map in a night, really.

SC: We know you have released other DOOM levels in the past few years including Tech Gone Bad (an alternate take on E1M8) and Phobos Mission Control (an alternate take on E1M4) as warm-ups for game development, so how did you prepare for making this 18-level undertaking (9 single player levels and 9 deathmatch levels)? Were there any levels that hit the cutting room floor?

JR: Actually, there was no preparation – I just started making SIGIL levels. I’ve been making games for 40 years, every day, so there’s not really much prep needed to start on it. I make games at work, then I make more games when I’m home. It’s non-stop. 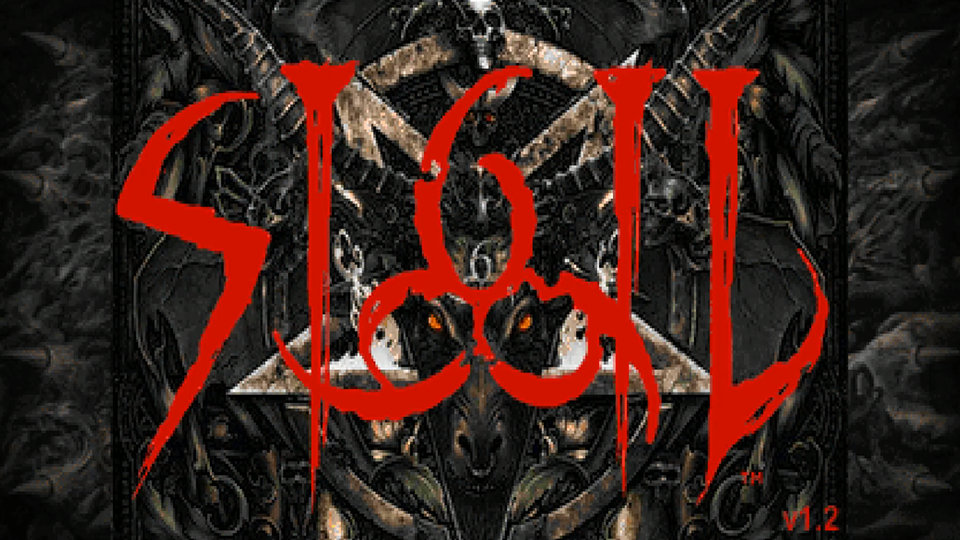 SC: What was/were the biggest challenge(s) or hurdle(s) you had in making SIGL?

JR: Just finding time to work on the levels, really. Then, when the levels were done, having my team of tech testers go thru the data with every means at their disposal. Sometimes they would just fix the WAD and send it back to me. Sometimes it would require a redesign of something and they’d leave it to me. They’re a great team and very easy to work with.

SC: How long did it take you to complete this from concept to delivery?

JR: I started working on the ideas in February 2018 and completed making levels in April 2019.

SC: Tell us about your music selections throughout SIGIL, specifically working with James Paddock… How did you guys meet, and which came first, the levels or the music?

JR: I knew that the free release of SIGIL would need MIDI music to make it feel complete. Jimmy Paddock is a great musician that’s been in the DOOM scene for a long time. He’s made so much music and at commercial quality. I asked him about using some of his unreleased music for SIGIL and he agreed. He made a couple new tracks, too. It was very smooth working with Jimmy. 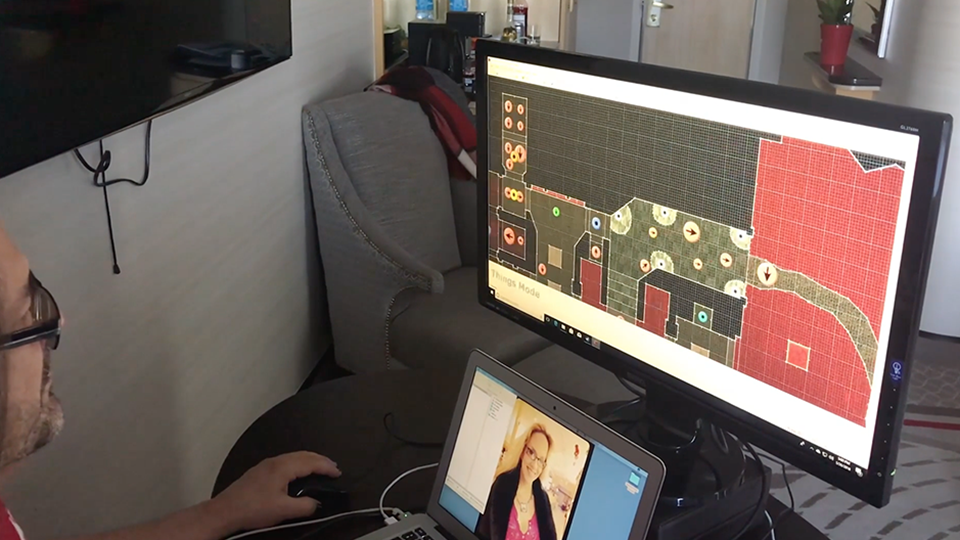 JR: Skillsaw and his Ancient Aliens mod are my favorite. He had a team of 10 people as well. Team Eternal and their Eternal DOOM megawad was awesome. Memento Mori was notable as well. So many great creators out there!

SC: Any other shout-outs to other megawads or modders?

We had some great times together, seriously great times. I love you guys! 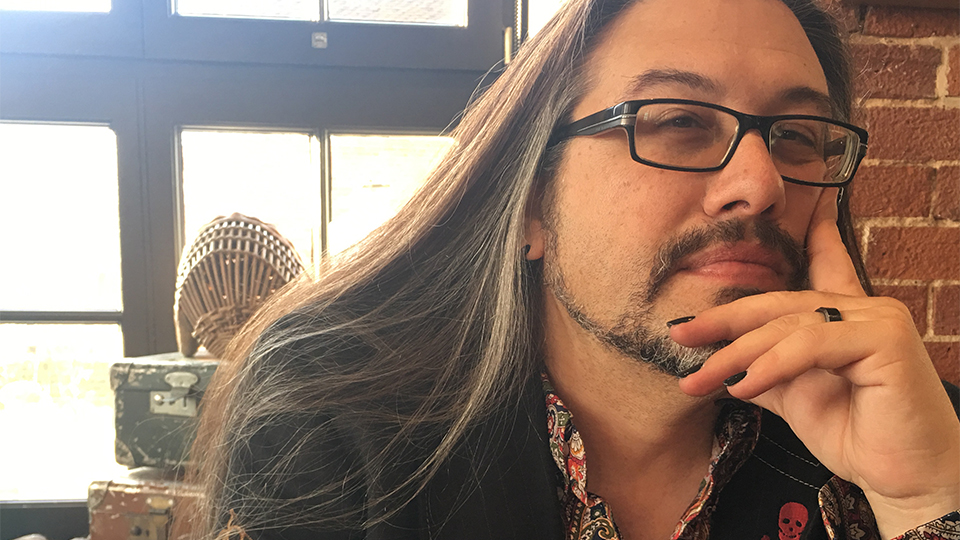 SC: Looking back, what is your favorite of the levels you’ve made and why?

SC: After the amazing reception of SIGIL, do you have any plans to make another episode / megawad?

JR: I’d like to. Fans have so many ideas that I’d be busy for 10 more years if I did them. How about a whole new set of Hexen maps? Lots of suggestions. But I do want to work on another set of maps for one of my classic games.

SC: What advice would you give fellow DOOM enthusiasts just getting into level creation for the first time?

JR: Just start making levels. Start tonight. It’s not hard and there’s no reason to wait. The sooner you start, the sooner you’ll get better.

SC: Throughout the years, as you’ve seen the DOOM community grow with the franchise and produce so many amazing creations - from oil paintings to making it playable on pianos and ATM machines - what is the most outlandish DOOM-inspired thing you’ve ever seen?

JR: A few things, actually. Making DOOM run on 70’s hardware was impressive. Hacking a printer and making it only play DOOM on the small LCD screen was awesome. Breaking the 9 second barrier on E1M1 was incredible. Finally, Zero Master getting 100% on MAP15 was godlike.

SC: What are you most looking forward to in DOOM Eternal?

JR: Really? How could it be anything but the double-barrel grappling hook???

SC: Wanna give any other shout-outs? No time like the present…

JR: Shout-out to the Cacodemon’s two holes that I can’t talk about.

No, seriously, I want to thank Linguica and the volunteers that keep DOOMWORLD.COM going, the modding community that continues to create content for us to play, and the players that keep them going. What an incredible ecosystem that’s built up over the decades for a game about Space Marines and Hell. 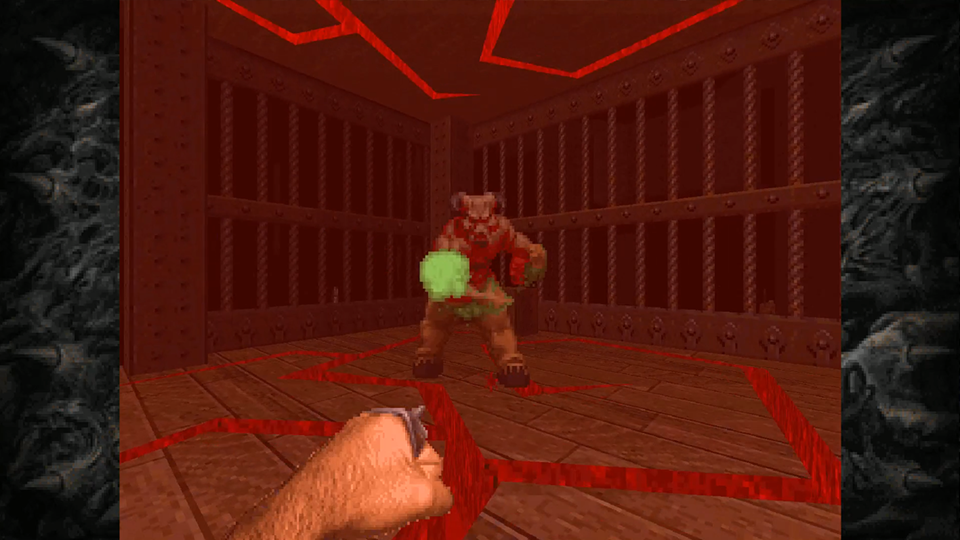 A huge thanks to John Romero for taking the time to talk to us! If you haven’t yet given SIGIL a spin, what are you waiting for? You can play the megawad via our latest releases of DOOM (1993) or DOOM II by checking out the new Add-Ons section in the main menu! For more on Add-Ons, visit the official patch notes & FAQ here.