If the Gibbo-branded collectibles in DOOM Eternal (and their real-life variants in the official Bethesda Gear store) didn’t clue you in, we have a soft spot for cool-looking toys to show off on our shelves.

But we've always wanted to find a team with enough Argent energy to create something life-sized. Enter Laura Kelly, Phillip Webb and Emily Oakley from the incredible team at Brick Live. They were able to build a full-fledged DOOM Slayer out of toy bricks! Weighing over 87kg and compromising 44,500 individual pieces, the Brick Slayer brings all the intensity of its video game counterpart into one impressive statue too powerful for a single bookshelf to display. 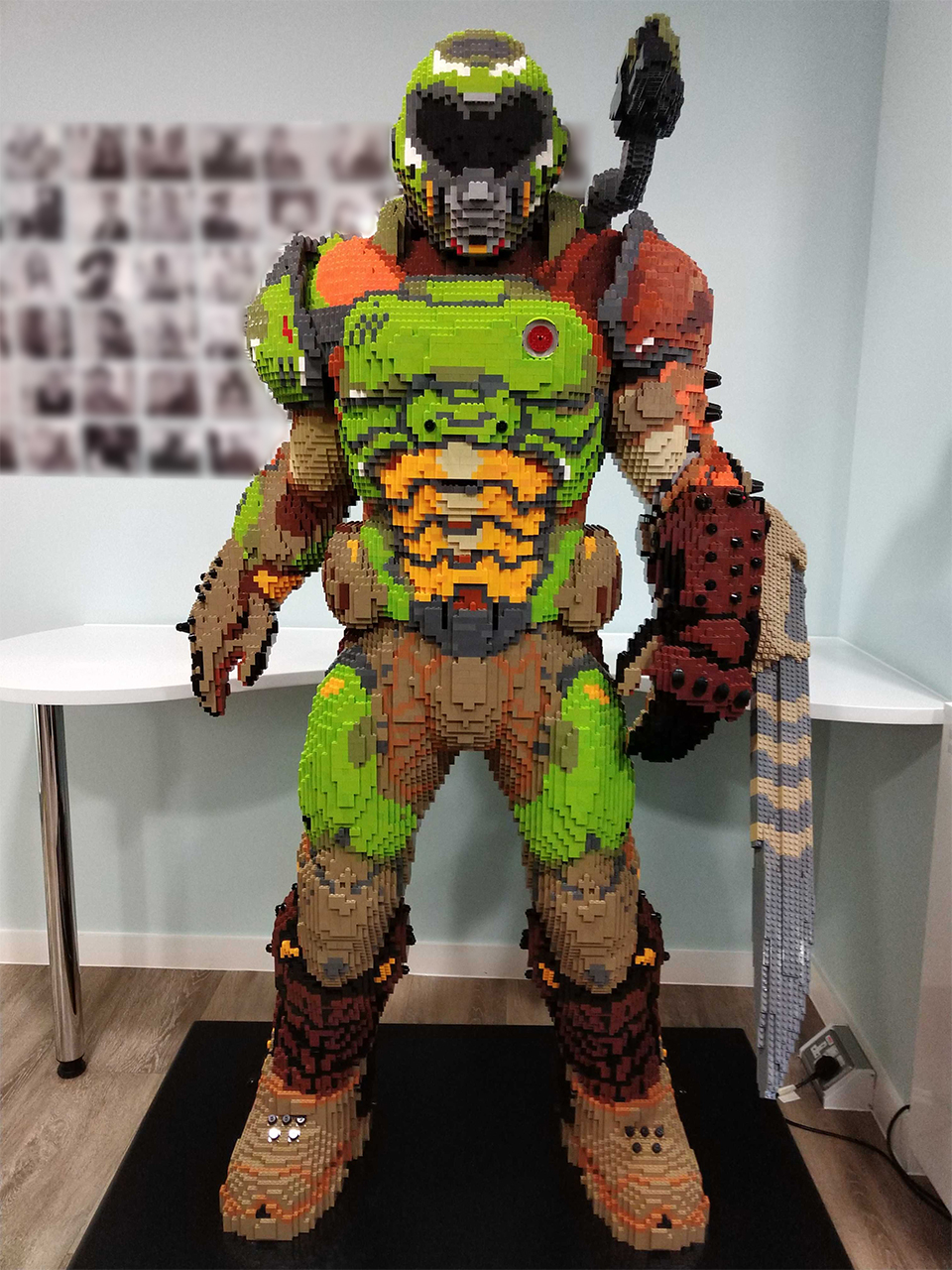 Working at Brick Live, an organization that creates impressive toy brick models for events and exhibitions ranging from giant plastic dinosaurs to mythical beasts, the team took multiple weeks to plan and build this awesome rendition of the mean, green, demon-slaying machine. 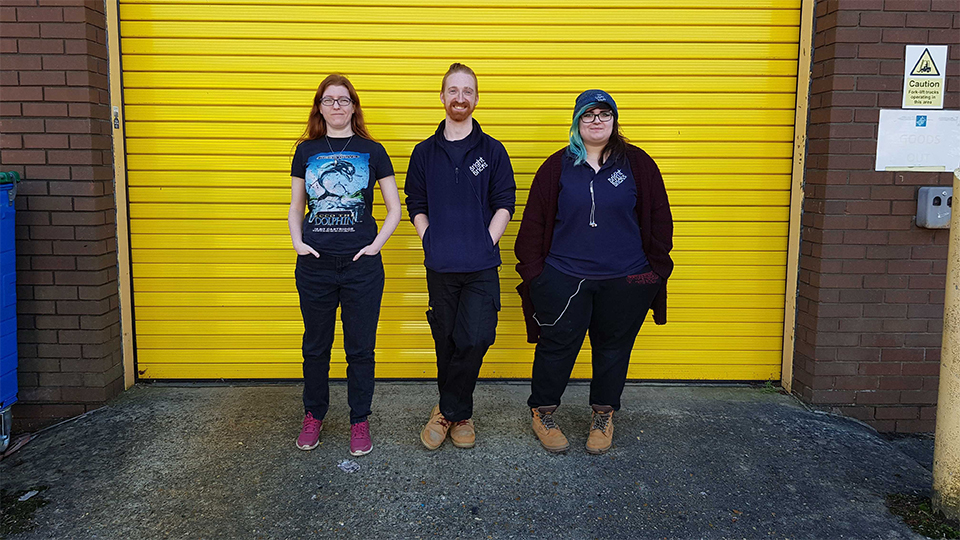 “It took me two solid weeks to design the model,” says Kelly, with Webb and Oakley taking roughly the same time to build the result. “I think the DOOM Blade was probably the trickiest part to get right, since it had to be built straight but attached at an angle.”

Kelly, who has been a fan of DOOM since 1994, leapt at the opportunity to design the Brick Slayer. “He was a very challenging model to design,” she says. “I spent so long studying the intricate details of his armor, I’m pretty sure it’s burned into my mind now.”

“The color picking presented a unique challenge, since there are only so many shades of each color to choose from with the parts” Kelly continues. “I had to get creative when it came to picking out the little details of the armor to make it look as accurate as possible.” 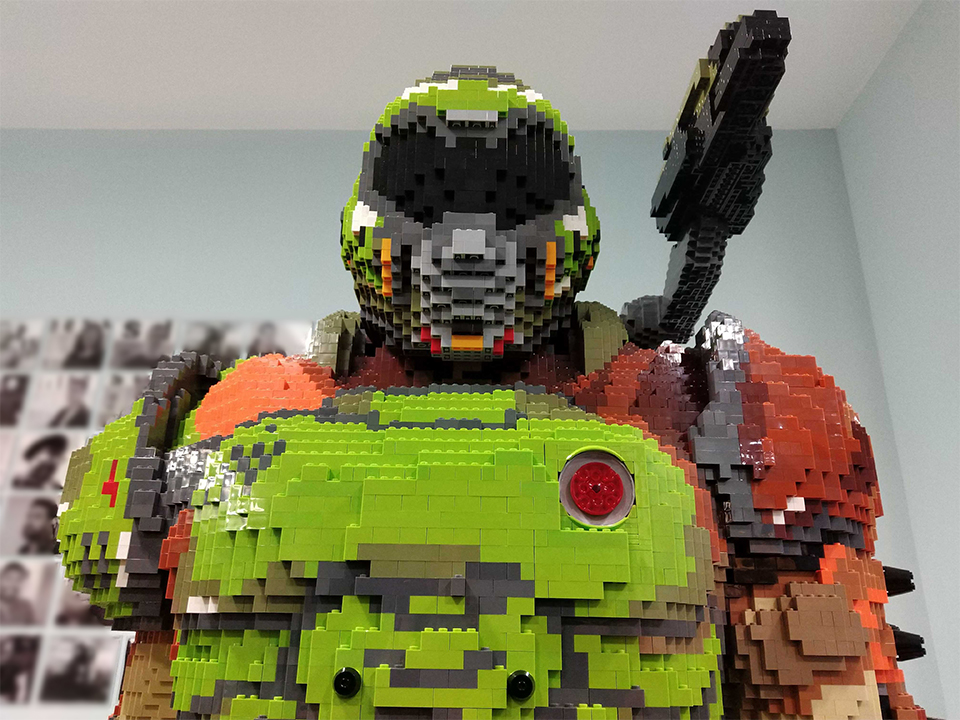 “The most difficult part of this whole model was making sure all the little greebles and details on his gauntlets, boots and pauldrons were visible and recognizable,” adds Webb, who was first to volunteer building the project as the Slayer stood out from other builds he typically works on. “While I wasn’t able to achieve every detail, I was very pleased with the amount I was able to get onto model.” 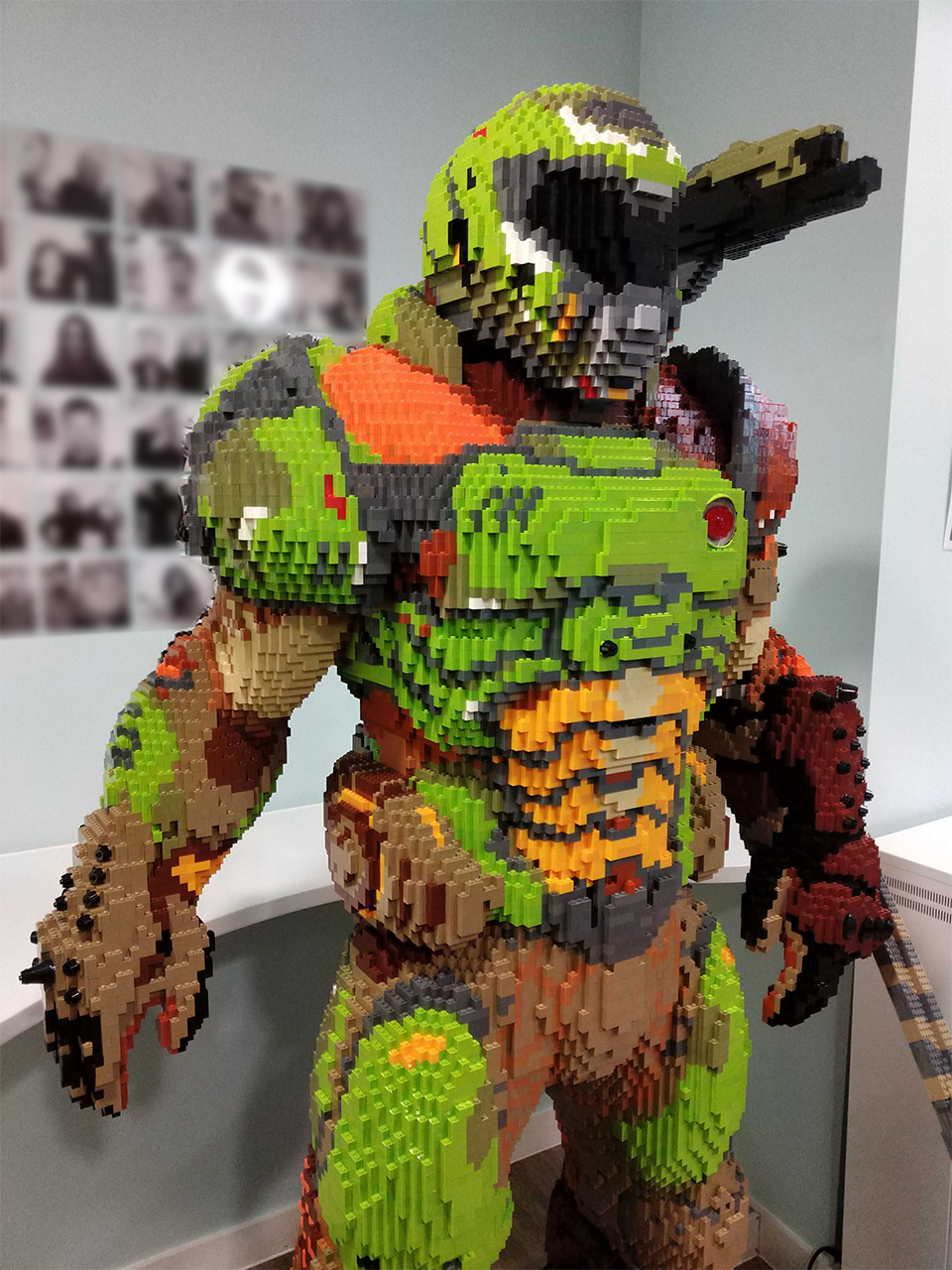 The Brick Live team didn’t flinch at the challenge, with the completed statue capturing the DOOM Slayer’s majesty within the novel medium after 210 dedicated hours of construction. “I was also heavily invested in going all out on this model because I was hoping it could lead to building more amazing video game-based models,” Webb adds. “I’d also really enjoy making a similar scale DOOM Slayer, but in the DOOMicorn Slayer skin.”

On top of being a prime example of the DOOM community’s passion and creativity, the Brick Slayer presented the trio at Brick Live an exciting opportunity to get a step closer to the world of DOOM – and perhaps inspire future projects. “It was an absolute dream for me!” says Kelly, saying she would relish the chance to one day make a model of a Revenant or an Archvile. “Both would present unique and different problems to get around,” Kelly tells us, but like a DOOM fan booting up their first Ultra Nightmare run, she likes a challenge.