“But can it run DOOM?” is the techie’s go-to joke for just about any piece of hardware with a screen – and for good reason. The original DOOM’s software was so ubiquitous during the height of shareware era that fans took it upon themselves to get it running on as many devices as possible – no matter how impractical or ridiculous.

They may not be optimized for playing shooters, but these feats in wild workarounds, fresh novelty or pure engineering deserve a shout-out because, well, they run DOOM. 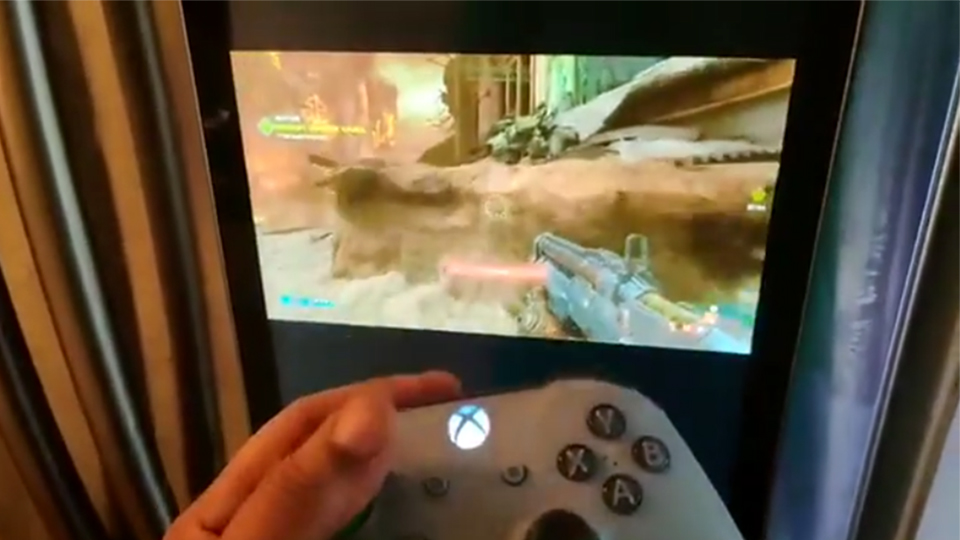 We’ve seen gamers with a dedicated fridge for energy drinks or snacks, but this is an entirely different kind of gaming fridge. That’s right, this is DOOM Eternal being played on a refrigerator.

Porting DOOM to kitchenware typically involves some hacking and/or loose circuitry, but Mallard’s technique is easy to replicate without voiding your smart fridge’s warranty. “You could do this if you want to,” says Mallard, going on to say probably the most succinct mantra of It Runs DOOM: “You probably don’t have a reason to, but you could.”

The interface of Mallard’s smart fridge is, broadly speaking, just a big tablet running on the Android operating system. Using the fridge’s Samsung Smart View app, Mallard simply streamed DOOM Eternal via the Xbox Game Pass Ultimate app, already installed on a nearby Android phone. The best part? Not missing a beat in your slaying spree to grab a cold one.