After 25 years, a series like DOOM is guaranteed to collect its share of fun facts and interesting trivia. Thankfully, you don’t have to be the world’s most dedicated fan or a development insider to learn some of the coolest stuff about this franchise – you have us!

The popularity of ‘Protip:’ in online vernacular can be contributed in part to the DOOM community

DOOM is constantly referenced in popular culture but today we’re looking at a phrase seeped so deeply into modern internet speak that some may not even know its ties to DOOM. We speak, of course, of this ever helpful ‘protip’: 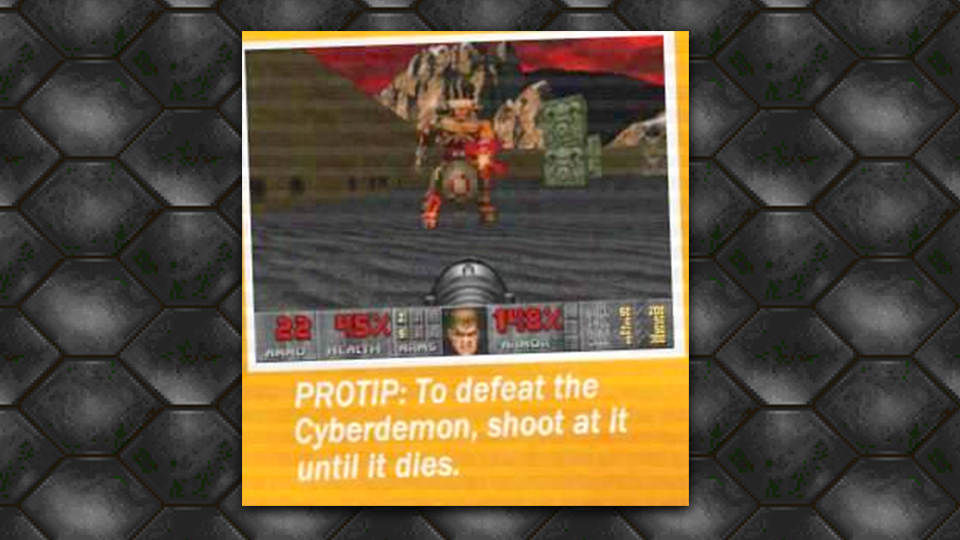 Created in 2004 as an April Fool’s gag within the DOOM fan community, this image was a parody of then-popular gaming publication GamePro and its insightful ‘Protip’ sidebars. (See, back in the day, people had to learn about upcoming video games through printed periodicals called ‘magazines.’)

Sincere protips existed in gaming mags for years, but this humorously unhelpful spoof helped elevate the phrase to meme status. Soon, ‘protip’ became common internet parlance for sharing knowledge with someone new to a subject – be it disingenuous or not.

The circle was completed twelve years later when the infamous protip made its way to DOOM (2016). Killing the Cyberdemon boss awarded players with a special achievement simply called, “Shoot It Until It Dies.” Sure, the fake protip from 2004 may be a joke, but it ain’t exactly an inaccurate strategy for succeeding in DOOM. Encounter a demon? By whatever means available, shoot at it until it dies.